The key reason to stick to the deadline given by Biden and his allies within this week was a crucial terrorist threat from the regional Islamic organisation. 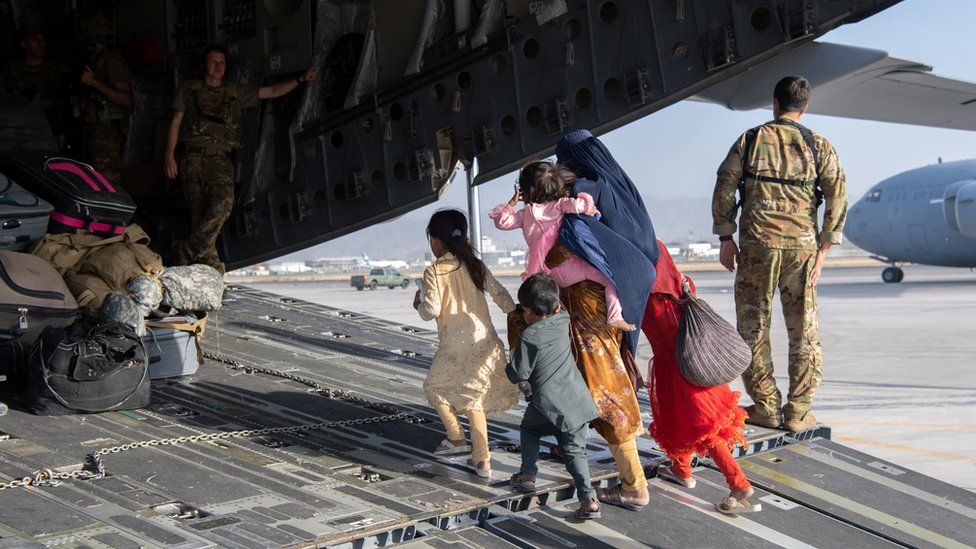 Western nations have alerted their citizens who are trying to access the Kabul airport to immediately vacate the area over a terrorist threat, as thousands of people try reaching the evacuation flights that are becoming less frequent. Around 90,000 Afghans and foreigners have fled Afghanistan through US-led aircraft since the Taliban had taken control of the country on August 15.

Britain and Australia citing a "high threat" of a terrorist attack on Thursday have requested the gathered people around the area to leave and take shelter in a safe location.
A huge crowd of fearful Afghans have been surrounding the Kabul Hamid Karzai International Airport, in hopes to escape the extremist group rule. The number is increasing as some foreign countries have halted fights ahead of Tuesday’s deadline given by US President Joe Biden to end the evacuations and withdraw the military supervising the evacuation operation.
The key reason to stick to the deadline given by Biden and his allies within this week was a crucial terrorist threat from the regional Islamic organisation.
The security warning about the airport was coordinated and specific asking citizens to avoid the airport area.
"Those at the Abbey Gate, East Gate, or North Gate now should leave immediately," said the US State Department, citing indefinite "security threats."
The foreign affairs department of Australia has stated that there was a continuous and high threat of terrorist attacks. "Do not travel to Kabul Hamid Karzai International Airport. If you're in the area of the airport, move to a safe location and await further advice,” it said.

Another similar warning was circulated by London, which added, "if you can leave Afghanistan safely by other means, you should do so immediately".

Washington and its aides have flown numerous Afghans out of the airport every single day on large military carriers, however, it has now turned into a risky and difficult task to conduct. Meanwhile, some evacuation flights are already growing faint and are scheduled to end on August 31.
Agitated and fearful people are trying to get access to the airport which has been enclosed by the Taliban fighters and foreign military checkpoints.
Almost eight people have been killed in the chaos that turned out at the airport.
People who desperately want to escape the nation fear that the Taliban will again enforce their brutal version of Islamic rules which ended in 2001.
Washington has stated that the Taliban has assured that Americans and "at-risk" Afghans and nationals can leave Afghanistan even after the deadline slated for Tuesday ends. The deadline is kept for US forces to depart from Afghanistan.

"They have a responsibility to hold to that commitment and provide safe passage for anyone who wishes to leave the country," Secretary of State Antony Blinken told the media.

Meanwhile, Afghanistan is getting a huge inflow with other jihadist groups, including the Islamic State group and Al Qaeda.
On Wednesday, Belgium said that all its citizens have been evacuated from Afghanistan including people from other nations such as the Netherlands, Denmark and Luxembourg. The evacuees also included Afghans wanting to take refuge in those countries.