'US left behind over 100 Javelin portable anti-tank missile systems in Afghanistan’: Russia Govt 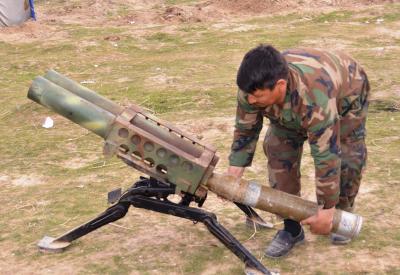 Russia's Defence Minister Sergey Shoigu has claimed that the US left behind more than 100 Javelin portable anti-tank missile systems in Afghanistan.

He told the YouTube channel Solovyov Live that the terrorists' considerable cache of weapons, and vehicles, is a massive risk for Afghanistan, the report said.

"Javelins are supplied to Ukraine from the US," Shoigu said.

This means that the Taliban now has more of them than the Ukrainian Army.

The Javelin is a portable fire-and-forget anti-tank missile that uses automatic infrared guidance.

It has been used extensively in the war in Afghanistan, as well as in Iran, Syria, and Libya.

According to Shoigu, the large number of weapons now in the possession of the Taliban is a huge threat.

As well as Javelins, the militant group now has access to Black Hawk helicopters, Hercules planes, and thousands of Humvees, amongst other vehicles.

They also have thousands of guns and a whole host of other firearms, the RT News report said.

Last week, Pentagon spokesman John Kirby admitted that the US administration has no idea of the inventory taken by the Taliban.

"Obviously, we don't want to see any weapons or systems fall into the hands of people that would use them in such a way to harm our interests or those of our partners and allies," he said.