US Treasury Chief to Greta Thunberg: Get an economics degree then let's talk 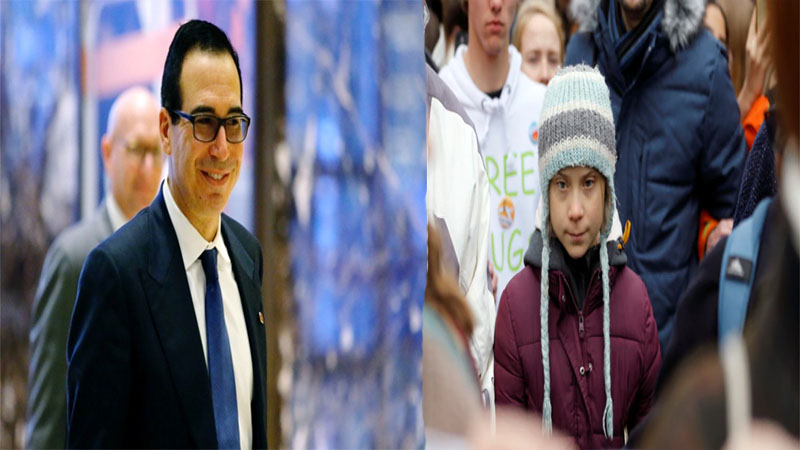 Asked during a news conference about Thunberg's call to divest from fossil fuels, Mnuchin said: "Is she the chief economist? After she goes and studies economics in college, she can come back and explain that to us."

Mnuchin's remark came two days after Trump and Thunberg sparred indirectly at the World Economic Forum in the Swiss ski resort of Davos. When Trump said the US had committed to join the one trillion tree initiative, Thunberg replied that fixing the climate crisis was not only about trees.

However, before Trump left Davos, seemed to extend an olive branch, saying he wished he had seen Thunberg speak. Addressing the Trump administration's stance on climate, Mnuchin said the US position had been "misunderstood."

"There is a real misinterpretation of the US policy. Let me be very clear: President Trump absolutely believes in clean air and clean water and having a clean environment."

Get the latest update about US Treasury Chief, check out more about US President, True Scoop, Greta Thunberg & True Scoop News