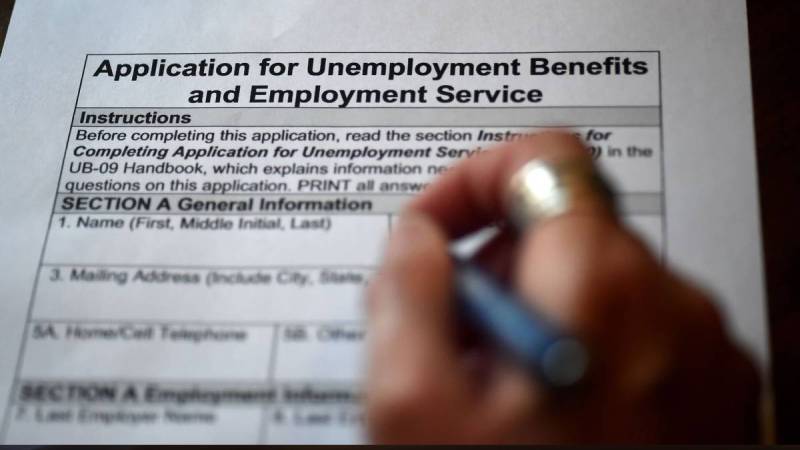 Initial unemployment claims in the US fell slightly to 787,000 last week, the lowest level in a month, the Labor Department reported.

In the week ending on January 2y, the number of Americans filing for unemployment benefits decreased by 3,000 from the previous week's upwardly revised level of 790,000, Xinhua news agency quoted a report released on Thursday by the Department's Bureau of Labor Statistics (BLS) as saying.

In the week ending October 17, 2020, the figure dipped below 800,000 for the first time since late March, and has been largely declining in following weeks, but the trend was reversed in the weeks ending November 14 and November 21, and then in the weeks ending December 5 and December 12, 2020, amid Covid-19 spikes.

The latest BLS report also showed that the number of people continuing to collect regular state unemployment benefits in the week ending December 26 declined by 126,000 to 5 million.

The total number of people claiming benefits in all programs, state and federal combined, for the week ending December 19, 2020, decreased by 419,228, but remained elevated at nearly 19.2 million, signaling a stalled recovery in the labour market.

The report on jobless claims was released a day after payroll data company Automatic Data Processing reported that private companies in the US shed 123,000 jobs in December, the first drop since April.

The crucial monthly employment report is scheduled to be released by the BLS on Friday, which will include employment data from both the private sector and the government.