'USA spies more on India than China': Beware Indians your personal data is under Global purview

In 2013 the leaked documents of former NSA employee Edward Snowden revealed that the USA keeps an eye on people’s internet traffic through fiber optics. 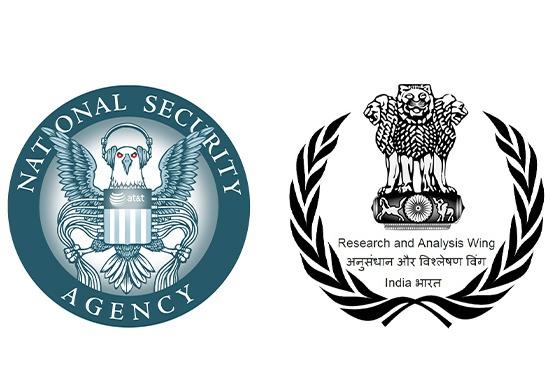 Indian intelligence agency RAW (Research and Analysis wing) is surrounded by controversies for spying on the social media accounts of the people in Mauritius. Now, it has been revealed that not only India's secret service, but USA's secret service also kept a keen eye and spied over India and Pakistan. What if you get to know that the American secret agency NSA also keeps an eye on your E-Mail and WhatsApp chats?
In 2013 the leaked documents of former NSA employee Edward Snowden revealed that the USA keeps an eye on people’s internet traffic through fiber optics. The most intriguing aspect of this monitoring comes with a map that shows the NSA collects more data on the traffic from India and Pakistan than from China. It was also said during those days that India comes 5th on the list when it comes to vigilance from the USA. The USA has taken over 63 crores of intelligence information from India, but no government by far has taken any sort of cognizance in the matter. The government itself monitors your data.
What is the concern around Mauritius? And China as the Telecomm Intelligence base:
In 2015, the Chinese Telecomm company Huawei received a tender of installing the surveillance system in the capital city of Mauritius. The Mauritius Telecomm Company CEO and Prime Minister Pravind Jugnauth’s relative Sheri Singh played a key role in this. While working on this project, Huawei cornered another tender for lying 700 KM undersea internet cable to provide high-speed internet to Mauritius’s second largest city Rodriguez. Amid all this, it was highly speculated that by cornering these projects, China might establish its telecommunication base in Mauritius, and the biggest threat through this was to India’s Maritime intelligence base on Agalega Island in Mauritius.
Chinese presence and direct threat to India:
Last month CEO of Mauritius Telecomm Sheri Singh resigned from his post citing the Prime Minister’s order of providing a Submarine Cable Station on an island in Mauritius to the Indian secret agency RAW. Marking this as a threat to the sovereignty of the country the political parties in opposition demanded the resignation of Prime Minister. The Mauritian PM Jugnath said directly that apprehensions about the Chinese intention of compromising the country’s security I have asked for the help of the Indian Prime Minister. However, New Delhi has not released any official statement on this as of now.
Tapping of undersea fiber cable and spying on Internet data:
• The internet that we make use of runs through the satellite or by the Optics Cable.
• Around 99% of the internet services are taken care of by fiber cables.
• The place where the undersea cable touches the ground is called Landing Station.
• The USA, The UK, Russia, India, and other countries tap these cables to spy on the user’s internet behavior.
• Thousands of GB of data pass through these cables every minute. These are stored and analyzed.
The American operation ‘Ivy Bails’: How the USA spied on Russia during Cold War;
Also Read: Russian troops caught castrating 'prisoner' Ukrainian soldier with box-cutter in 'sick' viral video
• The case of Mauritius is not the first of its kind, America launched such an operation in the 70s as well. During the Cold war, America launched operation Ivy Bails to keep an eye on Russia.
• In 1971, America send its Submarines to the Sea of Okhotsk in Russia.
• The American divers installed recorders on the undersea Russian communication lines.
• After gaining success America made use of such practices in other places as well.
• In 1981, Russia got to know about the American operation through an NSA official.
The basis of Indian Surveillance:
• In India, Internet monitoring is done by the Telecommunication Department.
• Central Monitoring System (CMS), keeps a vigil on Communication devices.
• Internet Monitoring System (IMS) monitors all the data that travels through the internet.
• The NETRA of DRDO tacks on the real-time calls over the internet.
• All the system checks for the words like BOMB, ATTACK, and TERRORIST.
• The government says the tapping is only done for legal purposes.
• Security agencies make use of these to nab criminals and other anti-social elements.
Is Internet Surveillance empowered with a legal framework?
• Raw has been accused of installing devices in the landing station in Mauritius, which are used to analyze data on the internet.
• These devices were earlier used in the landing stations in Cochin as well.
• In India, these permissions are granted through security provisions.
• In the USA, Patriot Act provides immunity to the government and security agencies for vigilance.
• No, other country takes up the data vigilance of any country.
Compromising Privacy over National Security:
All the countries keeping a vigil on Internet are of the view that it is very much essential for national security, and many claims that the data tapped through the undersea communication channels has helped in terminating several Terrorist activities. However, there are no consolidative shreds of evidence available with any country claiming this.