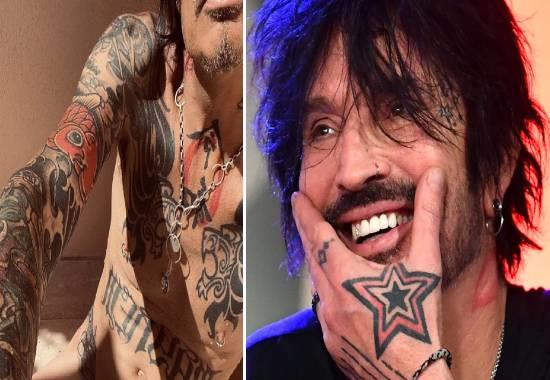 On Thursday, Tommy Lee viral nude picture was shared by the musician himself on Facebook with the caption saying, 'Ooooopppsss'. In the nude Tommy Lee viral photo, the heavy metal band founder can be seen sitting on the edge of a bathtub, showing his full frontal body including his private parts. However, Tommy Lee viral nude photo was soon deleted from the social media, however, it still remains a mystery whether the social media took it down or it was the American rockstar himself. Interestingly, Tommy Lee's wife Brittany Furlan commented on the picture expressing her love and said 'OH MY GOD.

Although many showered their praise on Tommy, a section of media called out Instagram, Facebook, Twitter and other social media platforms over their censorship guidelines. It is pertinent to mention here that Instagram community guidelines restrict content showing, 'sexual intercourse, genitals, and close-ups of fully-nude buttocks'.

However, Instagram has now allowed photos of female nipples in the context of 'breastfeeding, birth giving and after-birth moments, health-related situations" as well as nudity for the purpose of protesting and nudity in paintings and sculptures.'

Notably, the delay by the social media platforms over the removal of Tommy Lee Nude pic caused outrage with netizens asking why it took so long for it to be removed.