Using a bedsheet, a man flees from Australian Covid quarantine 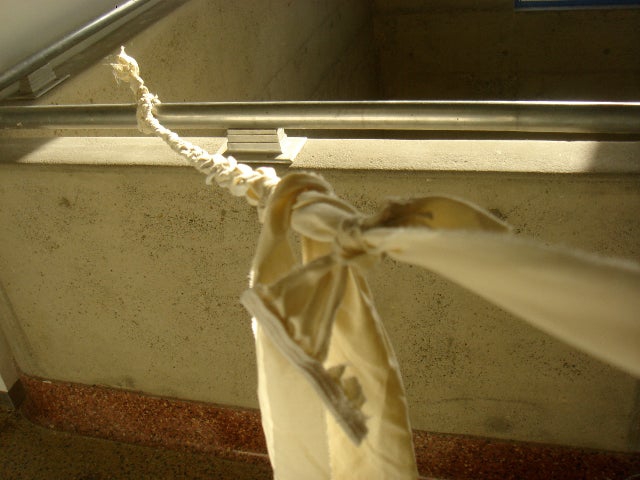 A 39-year-old man in Australian city of Perth allegedly used a rope made from bed sheets to shimmy down from a fourth floor hotel room and flee Australian quarantine, police said.

After arriving in the West Coast city on an interstate flight from Brisbane, the man had his application for entry refused under the state's tough border entry rules intended to stop the virus entering from elsewhere in the country.

The man was told to leave the state within 48 hours and taken to a hotel for temporary quarantine, but just before 1:00 a.m. on Tuesday (17:00 GMT on Monday) "he climbed out a window of the fourth floor room using a rope made of bed sheets and fled the area", Western Australia Police said in a Facebook post

More than half of Australia's 26 million population are in lockdown in those three states, and restrictions have been imposed elsewhere to stop the spread.

The man was told to leave Western Australia within 48 hours and was sent to a quarantine hotel overnight. The man allegedly made a getaway after midnight, but was caught Tuesday morning and charged with failure to comply with a direction and providing false information.

Australia's borders have been closed since last year to almost all non-Australians, and even those allowed into the country must pay thousands of dollars to quarantine for two weeks in a hotel. Spaces in the state-run quarantine hotels are limited, so fewer tickets are being sold for international flights. Thousands of Australians have complained that they have been shut out of the country.

Australians under 60 are advised to get the Pfizer vaccine, but to date supplies have been limited. Another one million Pfizer doses arrived in the country earlier this week, but people aged under 40 still haven't been offered the vaccine under the official program.

That's causing concern in states where Delta poses a threat. Health officials are contact tracing and ordering people who may have been exposed to the virus to self-isolate and get tested.