Mr Gandhi has been outspoken in his criticism of the violence in Lakhimpur Kheri. “Protestors cannot be silenced through murder,” he asserted while sharing a shocking video related to the incident 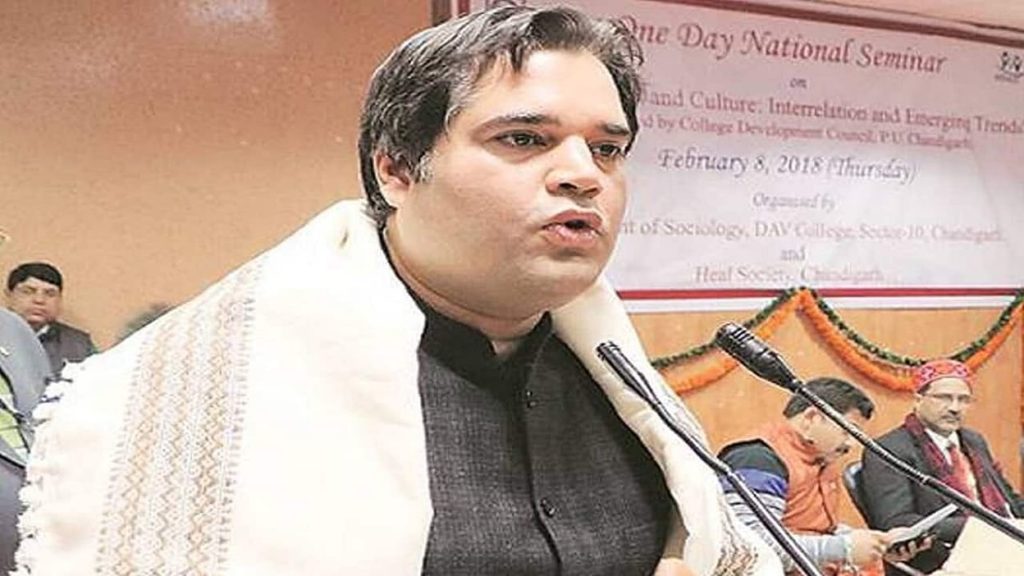 It's been over a year since three contentious agriculture laws have been in effect. Since then farmers are protesting against these “black laws” and the demonstration is far from over. Despite several attempts by government to pacify agitated farmers, the protest continues as their demands have not been met.

Where several opposition parties are backing “annadata” in their fight against government, the ruling BJP firmly stands by the three legislations. However, a Bharatiya Janata Party leader is continuously backing protesting farmers and have been vocal about their cause.

Varun Gandhi, the BJP MP from Uttar Pradesh's Pilibhit is continuously advocating the need for dialogue between farmers, party and the government.

Mr Gandhi has been outspoken in his criticism of the violence in Lakhimpur Kheri on Sunday, in which eight people were killed, including four farmers. In his recent tweet, Varun called for "accountability for the innocent blood of farmers". He also shared a video showing how a vehicle run over peacefully protesting farmers.

"The video is crystal clear. Protestors cannot be silenced through murder. There has to be accountability for the innocent blood of farmers that has been spilled and justice must be delivered before a message of arrogance and cruelty enters the minds of every farmer," the tweet read.

He posted a grainier version of the video on Tuesday, captioning it, "This video will shake anyone's soul." Mr Gandhi asked the Uttar Pradesh Police Department to take note and make "immediate arrests."

Mr Gandhi had criticised those responsible for the deaths of farmers the day before and advised the government to be patient and cautious in its approach. The farmers have alleged that the vehicle which hit them was run by BJP’s Ajay Mishra’s son Ashish.

Varun Gandhi also wrote to UP Chief Minister Yogi Adityanath, seeking a CBI investigation and compensation of Rs 1 crore for the families of the deceased farmers.
In early September, calling protesting farmers "own flesh and blood", BJP MP Varun Gandhi had urged the union government to re-engage with them to reach a common ground.

Sharing a small video of a crowd at 'Kisan mahapanchayat' in Muzaffarnagar on Twitter, Varun Gandhi said, "Lakhs of farmers have gathered in protest today, in Muzaffarnagar. They are our own flesh and blood. We need to start re-engaging with them in a respectful manner: understand their pain, their point of view and work with them in reaching common ground."

Later the same month, speaking for the farmers of Uttar Pradesh, Varun has sought the Yogi government to increase the selling price of sugarcane and implement relief measures for farmers.

Pilibhit MP’s strong stand for protesting farmers, on the other hand, did not go well with other BJP leaders. UP BJP spokesperson Harish Chandra Srivastava told IANS that the Narendra Modi and Yogi Adityanath governments are committed to the welfare of farmers.

"Varun ji is a senior MP and party leaders raised some points. But the Modi and Adityanath governments have shown their commitment for farmers' welfare and have already taken several welfare measures for them," Srivastava said.

On many occasions, the saffron leaders blamed the opposition parties for politicizing the protest and misleading the farmers against three farm laws passed by the parliament last year.

The union government and the BJP has emphasized that the new farm laws will benefit the farmers. The Government held 11 rounds of talks with farmer leaders which failed to break the ice.