He has 80 to 85 percent of burn injuries. "All efforts are being done to save him." 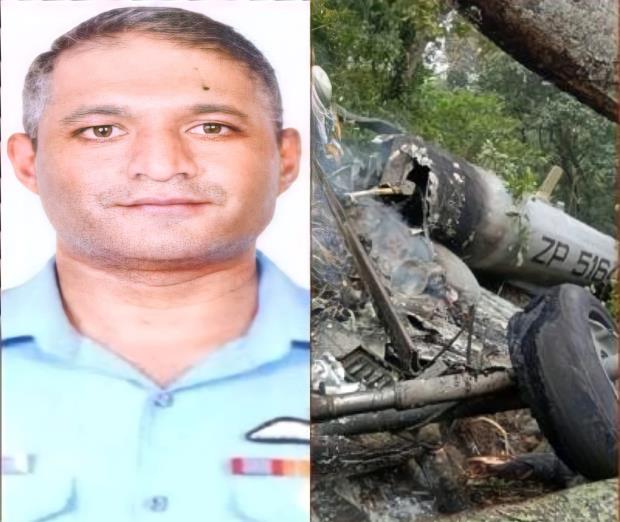 The lone survivor of the ill-fated Mi-17V5 helicopter crash, IAF Group Captain Varun Singh, is being transferred to Bengaluru for treatment. According to reports, he has 80 to 85 percent of burn injuries.
The Shaurya Chakra awardee, who was admitted to the hospital on Wednesday with severe burns is "critical but stable."
Earlier, he was being treated at the military hospital in Wellington. According to media reports, his (Varun Singh) father, Colonel KP Singh (retired), stated he would be transferred to Bengaluru.
"He is being transferred to Bengaluru. I've arrived in Wellington," he was quoted.
This comes after medical staff treating the injured IAF officer stated that the next 48 hours will be vital.
"I can't say anything about that...I am not sure," said Varun Singh's father after being asked about his condition.
IAF officer's parents- Col KP Singh and his wife Uma- were in Mumbai visiting their younger son Tanuj, a Lieutenant Commander in the Navy, when they received the news.
Indian Air Force's Group Captain Varun Singh is the sole survivor of the chopper crash that killed Chief of Defence Staff General Bipin Rawat and 12 others.
Also Read: Shaurya Chakra awardee Varun Singh survives one night, next 48 hours critical
While briefing the Parliament about the tragic helicopter crash, Defence Minister Rajnath Singh informed that he is on life support and that "every effort is being made to save him."
Singh was recently promoted from Wing Commander to Group Captain and was a recent joinee at the DSSC.
All the other 13 persons, including the Chief of Defence Staff Bipin Rawat and his wife Madhulika Rawat and other officials, died in the accident.
The post-mortem was performed by the military doctors at the Military Hospital in Coonoor in the presence of a state government doctor and police officials as per the procedure.
According to Rajnath Singh, the mortal remains of all IAF chopper crash victims will be brought to Delhi by the evening.
Meanwhile, the Rajya Sabha observed a two-minute silence in honour of Chief of Defence Staff General Bipin Rawat, his wife, and other personnel killed in a military helicopter crash.
The Indian Air Force (IAF) has launched a tri-service investigation under the supervision of Air Marshal Manavendra Singh.