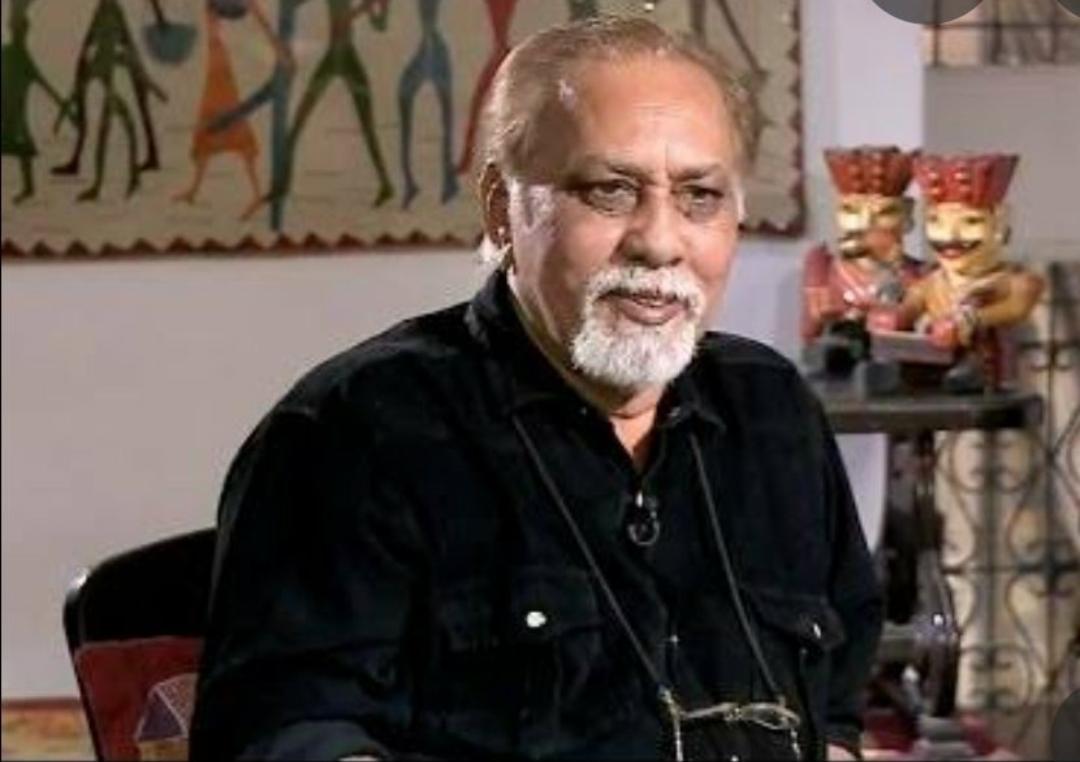 Coronavirus second wave has brought devastating effects to the whole country. Bollywood has lost many respected stars from the industry so far. On Friday Bollywood lost another gem. Veteran actor Lalit Bhel who was seen in movies like ‘Titli’ and ‘Mukti Bhawan’ died due to Covid 19 complications. His son Kanu Behl confirmed the news. Last week the late actor was diagnosed with Covid 19 for which he was getting his treatment in Apollo hospital and he also had heart complications too.

Many actors from the industry including Adil Hussain, Ranvir Shorey, and Anup Soni have extended their condolences. Adil Hussain who played the role of his son in Mukti Bhawan took to his Twitter account and expressed his feelings. He wrote, “extremely saddened by the demise of one of my dearest and most respected co-actors, Lalit Bhel jee. Who so brilliantly played the father in @MuktiBhawan! I feel the loss of my father again! Dear Kanu, I am so very sorry for your loss!”. Actor Rahul Dev writes, “Sincere condolences…really sorry to hear this..hope this chain breaks…hari om”. Actor Ranvir wrote, “shattered to read this. So many memories. He was warm and affectionate and wise. Learned so much from him. Heartfelt condolences to the family @KanuBehl. Hug”. 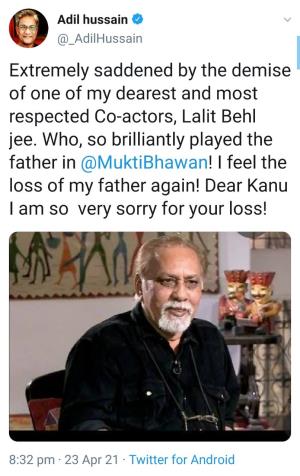 Also read: Poster released: ‘Seeti Maar’ song from Radhe to be out soon

The late actor started his career in the industry as a director and producer of Doordarshan Telefilms like Tapish, Aatish and Sunehri Jild. As an actor, he has also been the part of the TV show Afsane. Then in 2014, he was seen in the film Titli, directed by his son Kanu Behl.