Earlier this week rumors about the actor's death surfaced prompting condolence from the actors, however, was denied by his family later Author : Tushar Singh 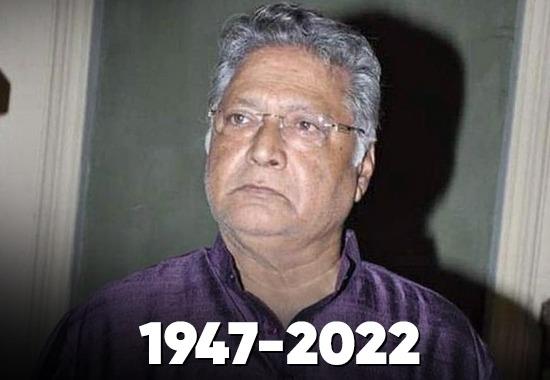 Veteran actor Vikram Gokhale well known for his roles in some of the top hits in the 90s and 2000s has breathed his last this afternoon at a hospital in Pune. The actor has been admitted for several days after suffering multiple organ failure.

As per the doctors at Deenanath Mangeshkat Hospital, where the actor was undergoing treatment, the actor’s health deteriorated further on Saturday and he was back on BP support medication. He had continued to be on ventilator support and was critical.

His family friend Rajesh Damle informed the media that “His body will be kept for antim darshan at Balgandharv Auditorium. Final rites will be performed at 6 pm at Vaikunth crematorium in Pune.”

The rumors about the actor’s death surfaced a couple of days back which prompted several Bollywood celebrities to share condolence messages later which the actor’s family denied.

On Thursday, Vikram's wife Vrushali Gokhale shared an update regarding his health. In a statement, Vrushali said, “Mr. Vikram Gokhale is critical for the last 24 hours. Doctors are trying their best. He is not responding to the treatment as expected. He has a multiorgan failure.”

Following the actor's death, the entire film industry lined up to pay their sincere condolence sharing thoughts with actor's family on this tough time

In 2010, he received the National Award for Best Actor for his work in the Marathi film Anumati. With the Marathi film Aaghaat, he also made his directorial debut. He was last seen in Nikamma alongside Shilpa Shetty and Abhimanyu Dassani. The film hit the theatres in June this year.