Vinod Kumar at 41 won the bronze medal registering a throw of 19.81 meters in his fifth attempt in the F52 Discus Throw event 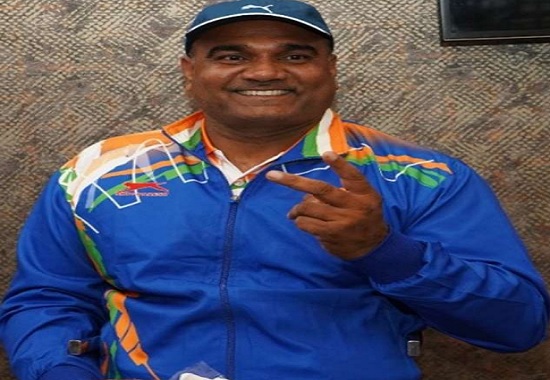 India’s Vinod Kumar on August 29 bagged the bronze medal in men’s discus throw F52 event in the 2020 Tokyo Paralympics, adding a third medal to the country's tally. Vinod Kumar, too, set an Asian record with a throw of 19.91m.

Poland's Piotr Kosewicz bagged the gold with a throw of 20.02m while Croatian athlete Velimir Šandor took home silver by registering the best effort of 19.98m

Prime Minister Narendra Modi took to Twitter to congratulate him saying, India is rejoicing thanks to Vinod Kumar’s stupendous performance! Congratulations to him for the Bronze Medal. His hard work and determination is yielding outstanding results." 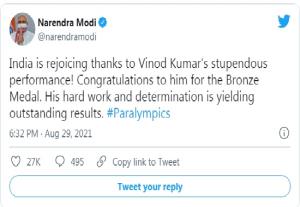 He injured his legs while training after joining the BSF, falling off a cliff in Leh that left him bed-ridden for close to a decade during which he lost both his parents.