A picture of Idli on an ice cream served by a Bengaluru restaurant is now viral on the internet and has left the netizen divided. 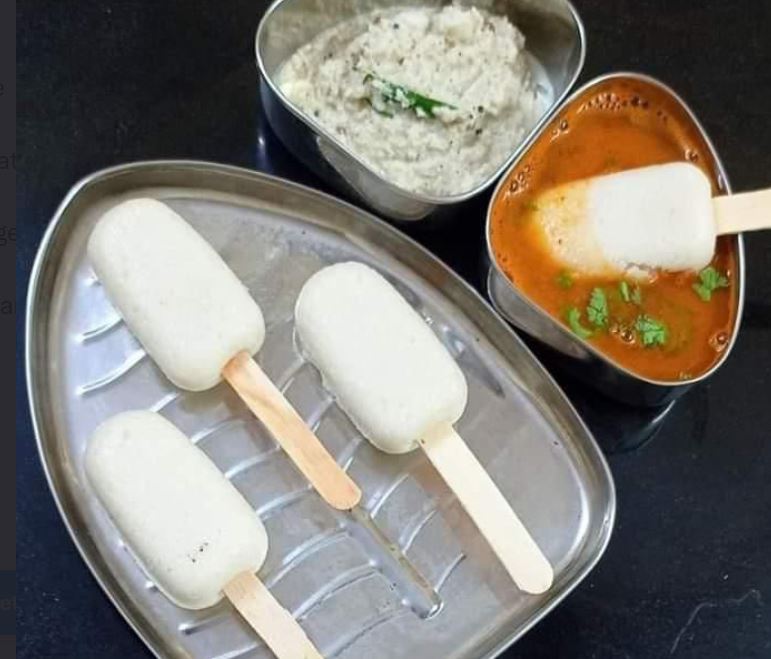 People love to do innovations with the traditional dishes and cuisines, around the world. One more innovation has been added to this list – Idli Popsicles. The picture of the same has caught attention in no time and is now viral on the internet.

The picture is from a restaurant in Bengaluru, where the savoury dish is served with Sambhar and chutney. This innovative twist has divided social media as some are saying that the idea is creative and impressive, on the other hand, some are just flabbergasted.

The picture was shared by the Chairman of the automobile company, Anand Mahindra. He tweeted, “Bengaluru, India’s innovation capital can’t stop its creativity from manifesting itself in the most unexpected areas… Idli on a stick—sambhar & chutney as dips…Those in favour, those against??”

The same post was shared by Shashi Tharoor. He wrote, “absurd but practical!”

This twist has started a debate on the internet, see the mixed reactions of netizens here:

One of the netizens wrote, “I like the idli on a stick concept.” Another commented, “Idli on a stick, with sambhar and chutney. Might cause riots in south India, but it's a good idea - kids don't wash hands before eating these days.” The third appreciated and said, “This made my day. What an innovation!”

One commented, “Imagine idli on a stick? This is an attack on Indian tradition,” while another wrote, “For heaven’s sake leave it alone, Dose is already messed up with so called creativity and now u want to spoil this as well.”