The bride and groom were seen posing together, kissing in photos that went viral on social media. 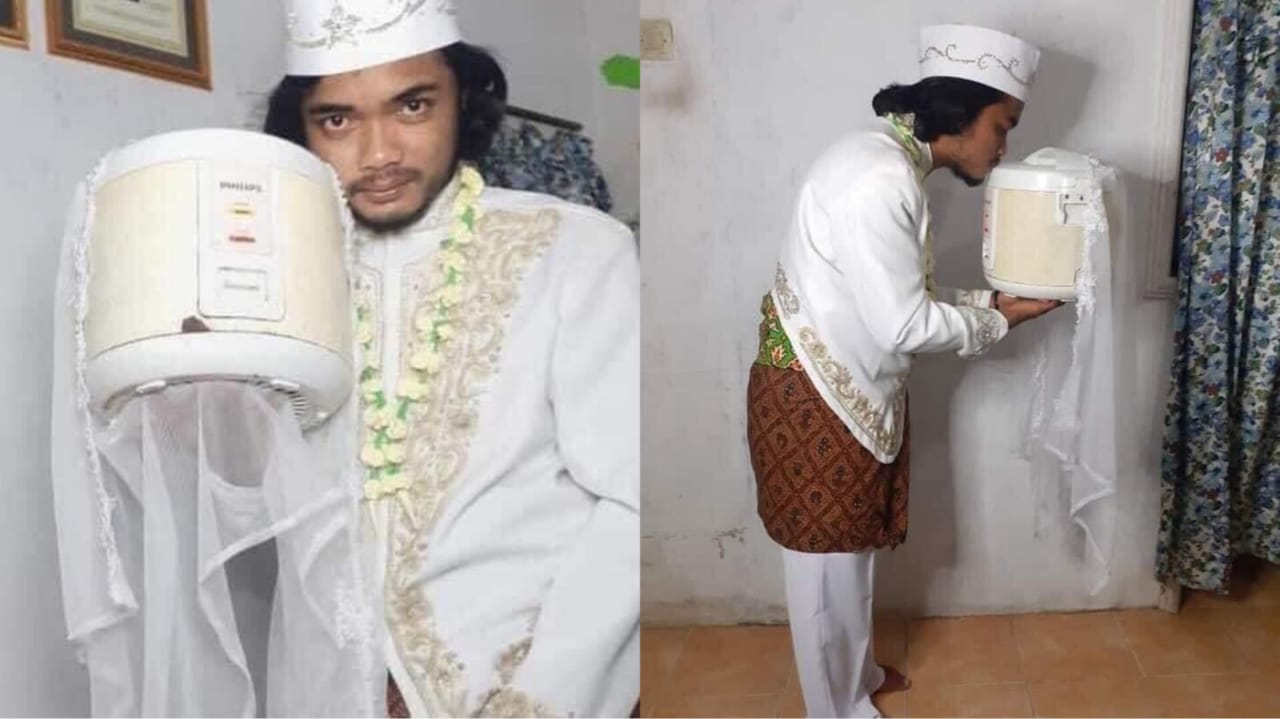 Bizarre marriages are becoming more common on the internet these days. People find viral videos or photos of these odd weddings on social media and enjoy them. However, the marriage of a man with his rice cooker wins this trend.
Yes, you read it right. After ‘marrying' a rice cooker, an Indonesian guy recently garnered headlines. The unusual 'wedding ceremony' of Khoirul Anam went viral on Twitter when he shared photos of himself dressed up in wedding attire and a Philips rice cooker dressed up as a bride.
The bride and groom were seen posing together in one photo, while Anam was seen signing the wedding paperwork to complete the formalities of the wedding in another. In yet another photo, he is seen kissing his bride.
He described his wife as "white, quiet, perfect" in the caption. " Doesn't talk much, good in cooking, a dream come true. Without you my rice is not cooked," he added.

Also Read: ‘Bluetooth Chappals’: Know how some candidates tried to cheat in REET 2021
After the visuals of the wedding ceremony went viral on social media, some people couldn't stop scratching their hands, while others couldn't stop laughing. Many people wished Khoirul and his "wife" a long and happy marriage in the comments section.
The marriage, however, did not last long, as Anam stated 4 days later that he had ‘divorced' his ‘wife.' The reason for the separation is that she is good at cooking rice but not so much with other dishes.
Turns out the wedding and divorce were both a hoax and the man was trying to gain some internet attention, in which he undoubtedly succeeded.