Ms Ganter is known for being a cycling advocate. 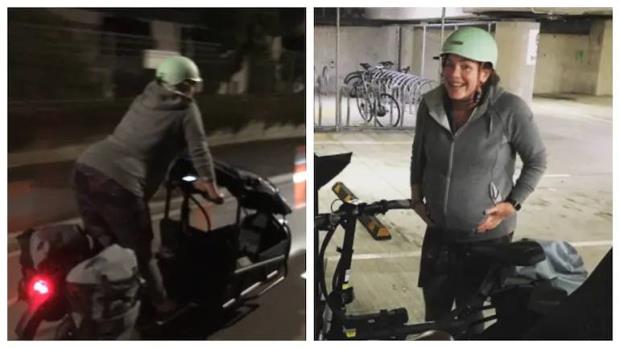 
“Big news!” the Greens politician wrote on her Facebook page a few hours later, announcing the birth of her child. “At 3.04 am this morning we welcomed the newest member of our family. I genuinely wasn’t planning to cycle in labour, but it did end up happening.”


Ms Genter, 41-year-old US-born politician said her contractions "weren't that bad" when she and her husband decided to cycle together. The politician had posted a photo of the couple in the hospital car park.


"My contractions weren't that bad when we left at 2 am to go to the hospital - though they were 2-3 min apart and picking up in intensity by the time we arrived 10 minutes later."

Also Read: In a strange case, UK woman sues mother’s doctor for letting her be born

"Amazingly now we have a healthy, happy little one sleeping, as is her dad," said Genter, a dual New Zealand-U.S. citizen who was born in Minnesota and moved to the Pacific country in 2006.

Ms Ganter is known for being a cycling advocate.

Julie Anne Genter who is her party’s spokesperson for transport issues, her Facebook profile says "I love my bicycle". It wouldn't be the first time that Ms Genter had taken a trip like this. In 2018, she biked to the hospital to give birth to her first child, reported local media.

Julie Genter’s post received love and best wishes from social media users. Some were thrilled to hear the news while others pointed out that exercise from cycling was more beneficial during the delivery. 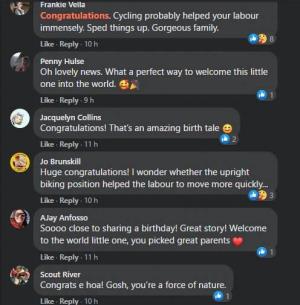 New Zealand, a country of 5 million people is known for their humble and down-to-earth politicians. Prime Minister Jacinda Ardern had taken maternity leave while she was in office and took her 3-month-old baby to a United Nations meeting when she was still breastfeeding. She famously became the second female leader in the world to give birth in office in 2018.

It was again a New Zealand MP who gave birth while still working in the office in 1970 and another politician in 1983 was seen breastfeeding at work.

There have been several such instances since then where female politicians are taking their babies with them to work and office while some also breastfeed them during debates in parliament.

However, in a recent case in the UK, opposition Labour MP Stella Creasy was rebuked by an official who took her three-month-old son into the House of Commons last Tuesday and was later warned that no babies were allowed in the chamber.