A 12-year-old boy is showing the poor condition of his school to everyone, that too in the form of reporting. 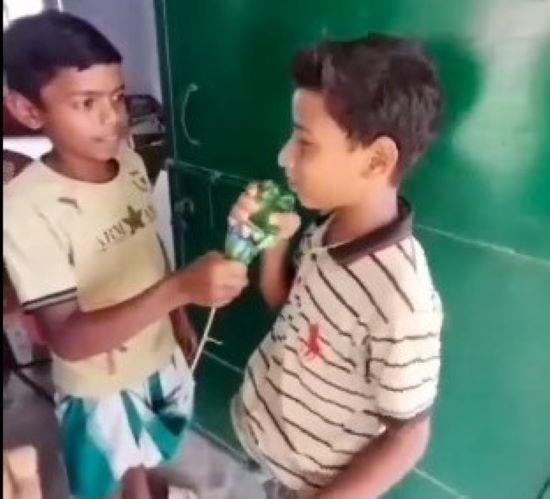 No experience is needed to be a journalist these days, just show the truth, that's what journalism is all about. Similarly, a video from Jharkhand's Godda district is going viral on social media. A 12-year-old boy is showing the poor condition of his school to everyone, that too in the form of reporting. He has a wooden and plastic bottle mic in his hand and is telling everyone about the condition of the school.

In this video, it can be seen how he is counting the flaws of the government school. According to the information, this school is in the village of Bhikhichak in the Mahagama block of the district. This child's name is Sarfaraz, his age is 12 years. He makes a mic by inserting a plastic bottle into the wood. In the video, Sarfraz says, 'My name is Sarfraz Khan. I am telling you that I have reached Upgraded Primary School Bhikhichak. As I am telling the school has opened. (The teacher) is asleep at home, only comes for the attendance. There is no sanitation and no water supply."

The school building can be seen in the video. Lack of cleanliness is visible all over the campus. Even the toilets were also dirty.

Through this video, Sarfaraz has appealed to the Education Minister of Jharkhand. He said, 'Fix the system of this school. The money comes for the school but it is not repaired. It is half past one but there is not a single teacher." After seeing this video of Sarfraz, people are calling him a true journalist.