Viswanathan Anand is known to be fiercely protective of his privacy but insists that the movie will open a window to his personal life. 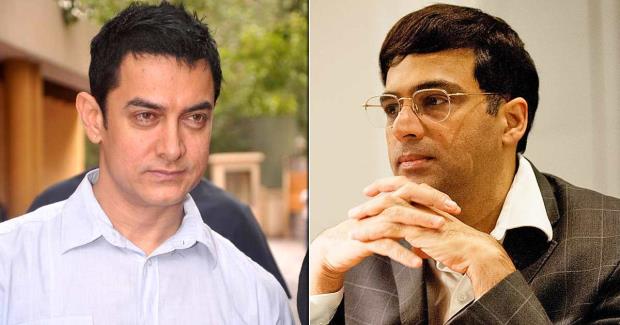 In the past few years, biopics have become a trendy topic for the majority of filmmakers. From MS Dhoni: The Untold Story to Shershaah, the audience also seems to love such human interest stories as it motivates them to do more. Meanwhile, there are many personalities whose stories can be made for the big screen, and recently, chess grandmaster, Viswanathan Anand finally confirmed his biopic and he wants Aamir Khan to play him on screen.

Although nothing major has been revealed yet but previously too the chess player had expressed his desire that whenever his biopic will be made, Dangal star would be the best fit for the role.
Meanwhile, confirming his biopic, Viswanathan Anand said, “I have agreed to the biopic. The matter has already been discussed with the producer several times. I told them the stories of my life. The scriptwriting work will start very soon. However, due to Corona, the work has come to a standstill. Hopefully, everything will start very soon. I can’t say much about the biopic now. I don’t know when or how the shooting will start. Wait for a few days everything we will get to know about this biopic”.

Viswanathan Anand was also asked if he wants any particular actor to portray him in the biopic, to which, the chess player replied, “I can’t say who will play my role in the movie. But I can say my choice. Maybe it would be nice if Aamir Khan play Viswanathan Anand on screen. I think Aamir Khan has a lot in common with me.”
Recently, stand-up comedian, Samay Raina, held a zoom meeting, where he invited personalities from various fields. One of them was the ‘Dhoom 3’ star. In one of the segments, the comedian asked Aamir if he was ever offered the biopic of the world chess champion and if he would take the lead role?

Responding to him, Aamir Khan told, “That is one of the easiest questions to answer. It would be not only an honour to play Vishy, but it would be highly exciting to get into his mind. When I play a character, I try to understand a person’s mind, and Vishy is a real person; I would obviously spend a lot of time with him to understand how his mind works. And I would understand from his wife and family how his mind works, and then hopefully, I will surprise Vishy when I play him on-screen. If and when that happens, and I would look forward to it.”

Viswanathan Anand joked and said, “I promise I wouldn’t put you in that situation where you would have to gain weight for your role.” This left everyone in splits.