Watch: TN teacher beats students with sticks and kicks them inside the classroom

In the viral video, the students were made to kneel and a teacher is seen beating them with sticks and kicking them. 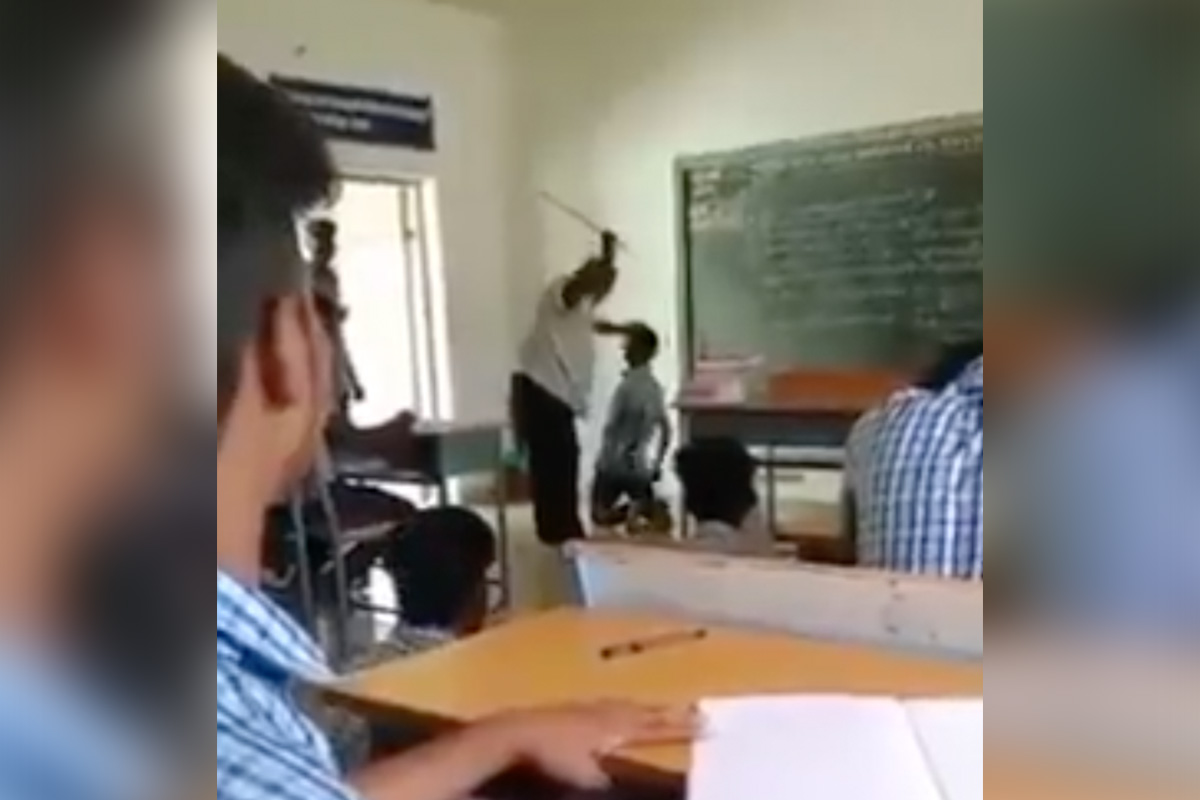 A brutal video has gone viral on the internet. In the video, a teacher from Tamil Nadu’s Chidambaram is seen ruthlessly beating the students with sticks and kicks. As per the latest information, the teacher was beating the students for not attending the school regularly.

The incident took place in Nandanar Boys School in Chidambaram's Durai Kaliyamoorthy Nagar. The teacher was identified as Subramanian, who was teaching Physics subject to class 12th at that time.

There were seven students who did not attend school regularly and as a punishment was made to kneel down. Subramanian was caught on the camera by a student, which was later shared on the internet.

Have a look at the brutal video here:

Selva Pandian, Adhidravidar in charge and caretaker of the school has started the investigation and has ensured that strict action would be taken. “We have begun an inquiry and are talking with the students. Based on the findings, departmental action would be taken against Subramanian,” he was quoted saying.