Raj Kundra was arrested on Monday by the Mumbai Police, who said he appears to be the "key conspirator" in the case involving pornographic filmmaking and publishing them in apps. 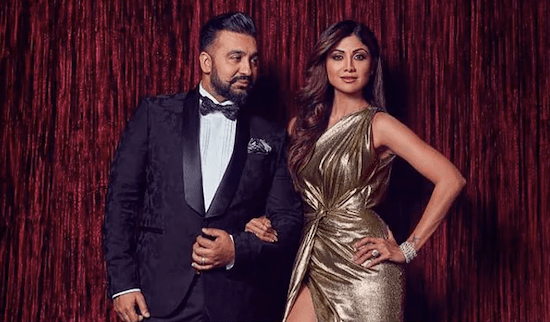 Raj Kundra's lawyer has objected to content being classified as pornography in a police prosecution involving pornographic videos in which he is accussed.  On Tuesday, his lawyer, Abad Ponda, made this argument in court. Raj Kundra, actor Shilpa Shetty's husband, was arrested on Monday by Mumbai Police, who said he appeared to be a "major conspirator" in a case involving pornographic filmmaking and publishing them in apps.

"Parts of the IT Act cannot be read with sections of the IPC, yet the police have done so in this case. The IT Act's Section 67A deals with sexually explicit conduct. Only the actual... intercourse is pornographic. The rest is vulgar material "Mr. Ponda explained.

In this case, Raj Kundra had requested anticipatory bail. The Mumbai Police told the court on Tuesday that he is reportedly involved in the transmission of pornographic videos through an app called "Hotshots." In the affair, he was arrested and held in police custody until Friday.

"Police arrest should be the exception rather than the rule. Arrests should only be made when the inquiry cannot proceed without them. When the accused was apprehended in this case, he was forced to cooperate with the investigation. The arrest was not made in accordance with the law "Raj Kundra's lawyer stated.

The police said they had enough evidence to charge Raj Kundra. They also stated that Shilpa Shetty played no active role in the probe.
Also Read: Raj Kundra had ‘Plan B’ on the list after Hot Shots if Mumbai Police detain him

So far, eleven persons have been arrested in connection with the case. On Tuesday, Mr Kundra's close aide Ryan Thorpe, who was in charge of his company's IT, was arrested.

Out on bail, actor Gehna Vasisth claims she was wrongfully imprisoned in the case. "Those are erotica videos, which are only for adults. They're not pornographic in any way "she expressed herself.

According to the police, the complaint was filed in February following a raid on a villa at Madh Island near Mumbai where a pornographic video was allegedly being shot. During the raid, the cops found a lady who was later became complainant in the case.