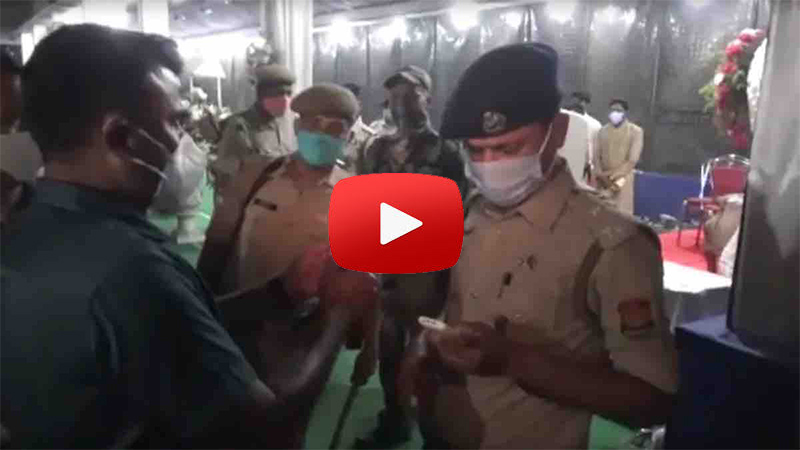 West Tripura District Magistrate Shailesh Kumar Yadhav has been suspended after a video clip of him assaulting people at a wedding went viral. In the video, Shailesh Yadhav can be seen manhandling and beating up people.

The incident occurred at Agartala a couple of days back when DM of the area stopped the wedding and arrested the families for violating Covid norms. The incident came to light after the video went viral on social media. DM Shailesh was seen pushing the groom, holding guests by their neck, and hurling abuses at the people present at the wedding.

Apparently, Shailesh Kumar Yadhav, DM of West Tripura, stormed into a wedding and stopped the ceremony as it was continued even after the given time by the state. He started hurling abuses and asked people to vacate the place. Soon he was seen beating the groom and his family, after which both families were arrested for two hours. Only after the local police intervened the families were let go and completed the ceremony later.

After the unruly behaviour of DM, his resignation was demanded and which is now allegedly approved. People over social media are also criticizing and taunting DM for his behaviour.

Shailesh Yadhav has apologized and said, “All I did was done during the night curfew period last night and was for the benefit and well-being of the people. My intention was not to hurt or humiliate the sentiments of anyone.”

On the incident, the bride’s mother said that local police were kind and helpful during the incident. However, both families are mentally torn after the DM’s misbehaviour.

She said, “He pushed around and hit people. We will never forget the torture we have been subjected to. Never had we imagined that one of the happiest days of our life will take this bizarre turn. All of us are mentally devastated. Not in a position to talk to.”

Get the latest update about Covid 2021, check out more about true scoop news, Coronavirus pandemic, nigh curfew & night curfew