Deepika Singh, the actress from the diya aur baati hum, was trolled on social media after she posed for photos next to an uprooted tree in Mumbai in the fallout of Cyclone Tauktae 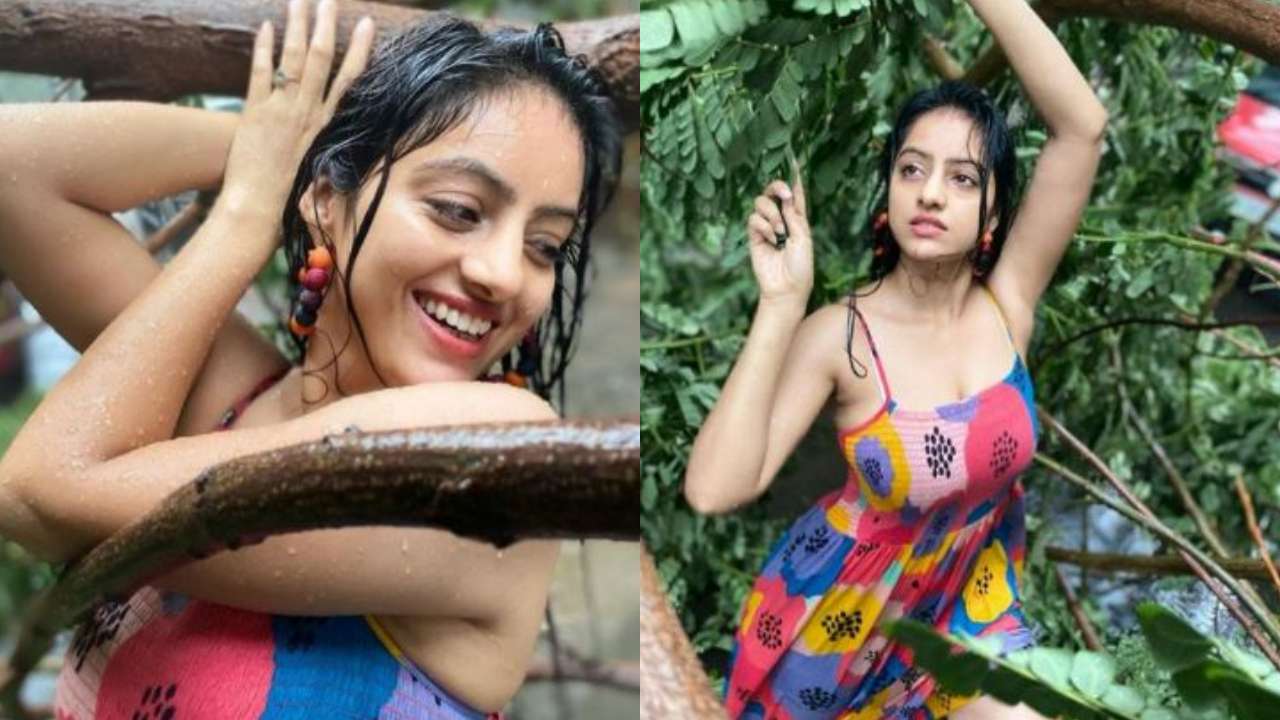 Deepika Singh, best known for her role as Sandhya in the television series Diya Aur Baati Hum, was heavily chastised on social media after posing for photos next to a uprooted tree in Mumbai after Cyclone Tauktae. 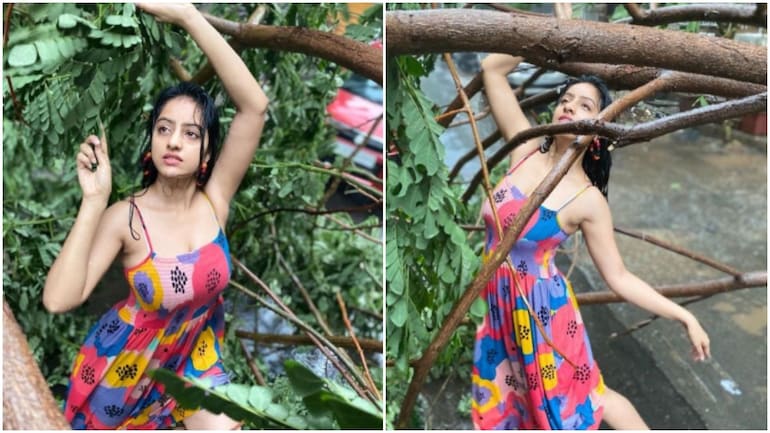 The eye of the extremely powerful cyclonic storm Tauktae made landfall on the Gujarat coast between Diu and Una in the Saurashtra region. Four people were killed in Gujarat as Cyclone Tauktae pounded the state, leaving a path of destruction along the western coast. Meanwhile, Mumbai was pummelling by heavy rains on Monday as a result of the cyclone.

“People are dying as a result of the cyclone, and you are enjoying it. What a shame,” netizens said after Deepika posted photos from her 'Cyclone Tauktae photoshoot' on Instagram on May 17. 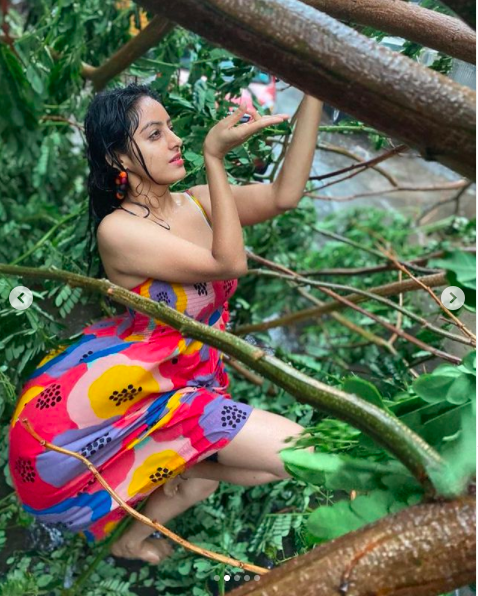 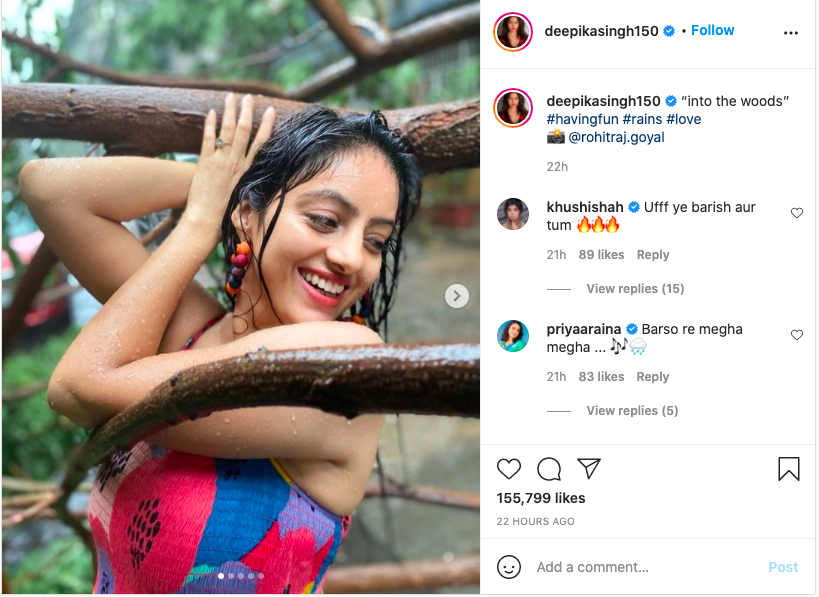 She added,  “tree fell right outside my house, nobody got hurt but while putting it away from my door, Rohit and I managed to take few pictures to remember Cyclone Tauktae.” 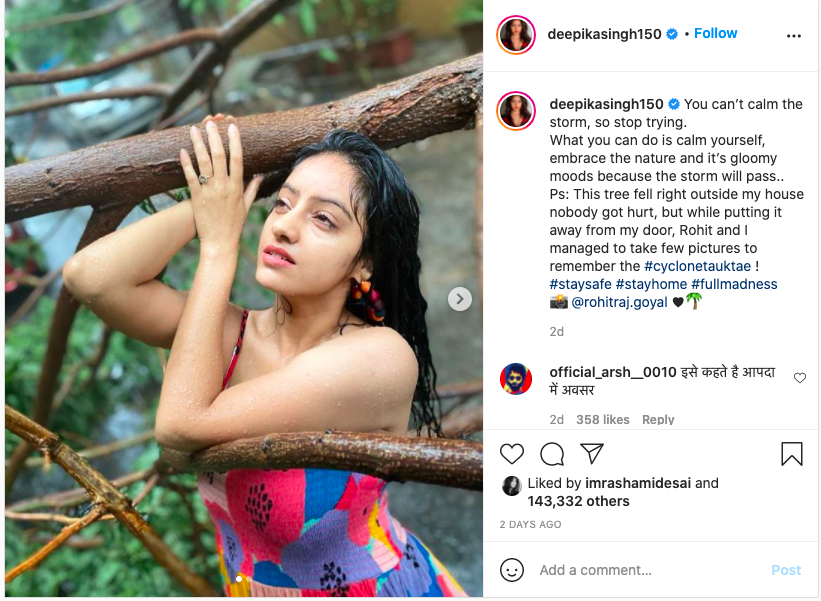 Deepika, dressed in a printed outfit, posed for photos next to an uprooted tree and wrote in the caption of her Instagram post,  “You can’t calm the storm, so stop trying. What you can do is calm yourself, embrace the nature and it’s gloomy moods because the storm will pass.” 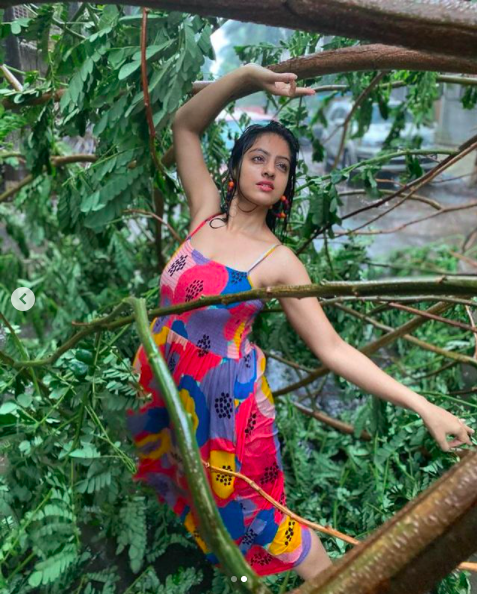 “Having fun,”  Deepika said as she danced in the Maharashtra capital amid heavy rains. See her dancing video here. 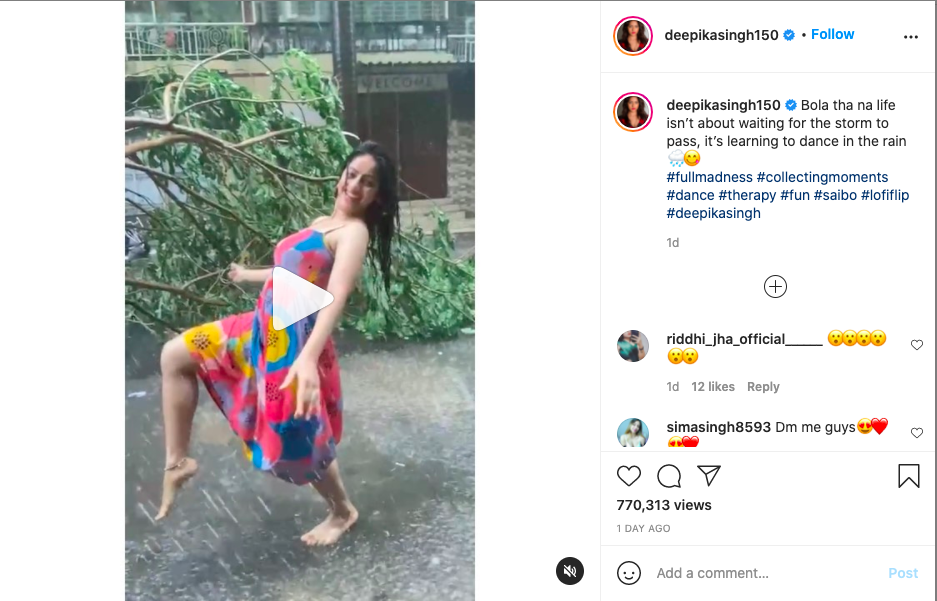 Deepika's pictures sparked outrage on social media, with many mocking her for rejoicing amid the devastation caused by Cyclone Tauktae. 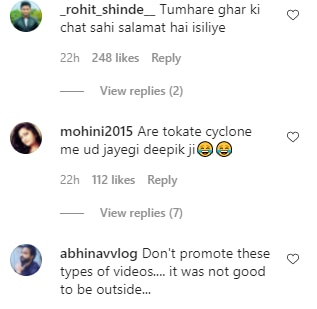 “I'm sorry but stupidly posing with a fallen tree during a cyclone is hazardous. I heard that people died. It's unsafe and unnecessary. You don't need motivation from people like these,” a Twitter comment reads. 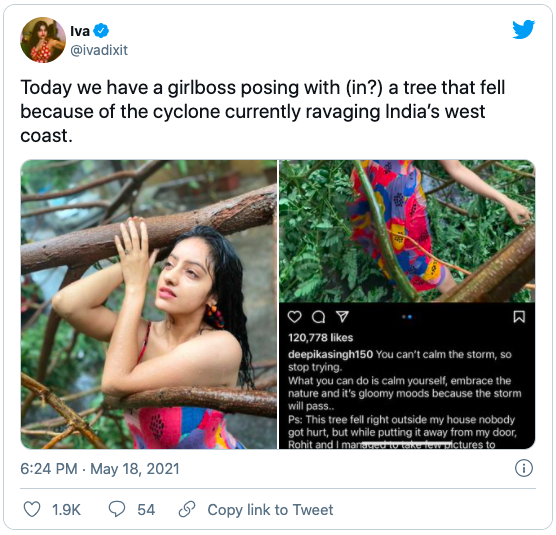