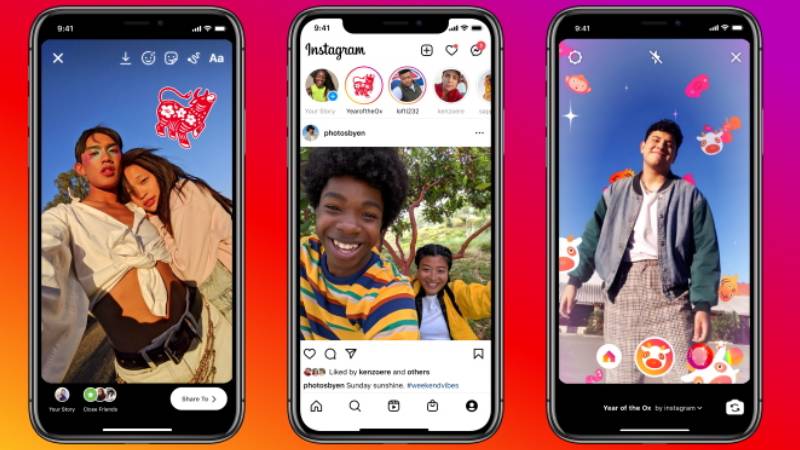 It is a habit of most people around the world to check their social media profiles the moment they wake up in the morning. While most people prefer to watch the news, read positive quotes, and listen to devotional songs, people on Friday got a small surprise when they opened their Instagram profiles. 'Year of the ox' is trending on Twitter and people want to know what exactly it is which has appeared automatically in their Instagram profile.

You will be amazed to know that 'Year of the ox' have a connection with China. On February 11, the new year was celebrated in China in which people bid farewell to the year of the rate. China will welcome the 'year of the ox' starting from February 12. Now you will be thinking, why the new year starting by the name of an animal in China. Going by the Chinese belief, the zodiac sign Ox occupies the second position in the Chinese Zodiac. The 12 zodiac animals are, in order: Rat, Ox, Tiger, Rabbit, Dragon, Snake, Horse, Goat, Monkey, Rooster, Dog, and Pig.

Talking about Instagram, and other social networking sites,  to celebrate the Chinese New Year, Instagram is releasing a new pack of three stickers created by graphic designer and illustrator Naomi Otsu. The stickers, which represent the Year of the Ox, will be available through February 17. Get the latest update about Breaking news, check out more about Year Of The OX, English news, China Lunar New Year & Year of The OX