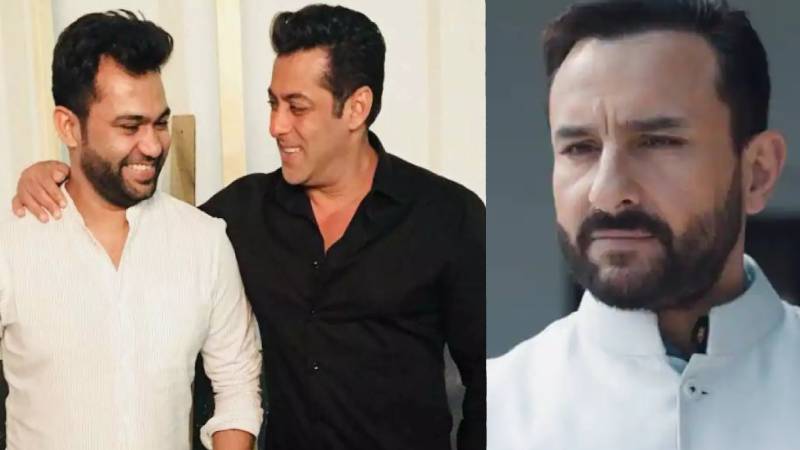 Recently, Ali talked about his upcoming web series Tandav and how was his experience with Saif Ali Khan after working with Salman Khan. In an interview with a Hindi daily, Ali said, "I conceived the idea in 2013-14. Actually, politics is a very interesting topic. He likes it more on TV. My parents watch this round the clock. In most houses, people only listen to political news. So I thought that political drama like 'Tandava' will be liked by people."

On being asked about the character of Saif Ali Khan in the upcoming political drama, Ali said, "This is a Shakespearean drama. Like they used to write 'Othello' and 'Macbeth', 'Tandava' is the same story. The tricks and plot used by the characters in Shakespeare's tales for power, it somewhat displays that. Then every character in it is as important as the main lead. That is because only one person cannot run power. A small pawn can also shake the power in politics."

"Saif Ali Khan plays the character of Samar Pratap Singh. We did not have to request him to play the character. That is because he also saw every character in it written very well. Now is he like Chanakya or Chandragupta in it, people will have to watch the show to know. It is definitely that he is a very smart politician," added Ali.

On being asked about how was his experience directing both Salman and Saif. Ali said, "Saif and Salman are very similar actors. Both listen to the director a lot. Everything I learned from Salman has been used on Saif. The good thing about Saif is that he does not just talk about cinema. He talks about physics, chemistry, history. He is very funny. Salman is equally funny."