WhatsApp will introduce these new features in 2022; Click to know deets

WhatsApp had a busy 2021 and is likely to follow the positive trend this year too. Here are the new anticipated features likely to be introduced this year. 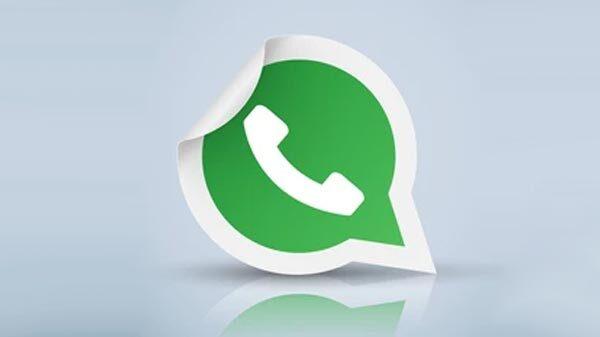 With a new year, WhatsApp is set to launch new features for its users. The most popular messaging app worldwide with over 2.5 billion active users had recently added new features in 2021 like, phone and video calling on the desktop, chat transfers from iOS to Android, disappearing photos and videos and a sticker maker tool, among others.
It also conducts regular testing on the service, some of which are available to WhatsApp beta users.
WhatsApp had a busy 2021 and is likely to follow the positive trend this year too. Here are the new anticipated features likely to be introduced this year.
iOS to Android Chat transfer
Your iPhone's conversation history can be transferred to an Android device. Notably, there is currently no way to transfer WhatsApp conversations from an Android phone to an iPhone. However, WhatsApp is actively working on this feature, which should be available soon.
Sticker Store
Although WhatsApp's stickers are large, this feature is not easily accessible on desktops or online apps. WhatsApp, on the other hand, has included the Sticker Store in the beta version of its desktop software. Previously, the StickerStore, which contains the original WhatsApp sticker packs, was inaccessible.
For the time being, it is only available on the beta app, but Whatsapp is anticipated to make it broadly available soon. WhatsApp has now released a sticker maker for its desktop and web apps.
More chat control to admins
WhatsApp Group Chat gives its admins additional control and the app is planning to expand it. Admins of WhatsApp group chats will soon be allowed to delete any messages sent by members.
If the group admin deletes a message, it will be communicated to everyone in the group. Unlike the disappearing message, group admins will be able to use it whenever they wish.
Also Read: WhatsApp bans 1.75 mn bad accounts in India in Nov 2021
Message Reactions
Message reaction will be a major update for WhatsApp, despite the fact that the feature is currently accessible. WhatsApp has been conducting surveys to see how people react to messages in the chat. This feature will allow you to respond using emoji, and six emoji reactions have been confirmed thus far.
WhatsApp Communities
Another major WhatsApp feature that will be available shortly is 'Community.' Users will be able to connect different WhatsApp groups together in one community by using this feature.
According to the source, WhatsApp would allow users to create a community with up to ten groups. There will be an 'Announce' section just for admins, where they can send a message that will be received by all groups in the community.
Nearby Businesses
WhatsApp is introducing a new feature that will make it easier for users to find businesses on the platform. There will be a new section in the search tool called Businesses Nearby, where you can find several filters such as restaurants, grocery stores, shopping, and more.
These are similar to WhatsApp filters for images, videos and gifs.