"Is Rajasthan next after MP?": When Rajat Sharma directly asked about Sachin Pilot to Rajnath Singh in Aap Ki Adalat 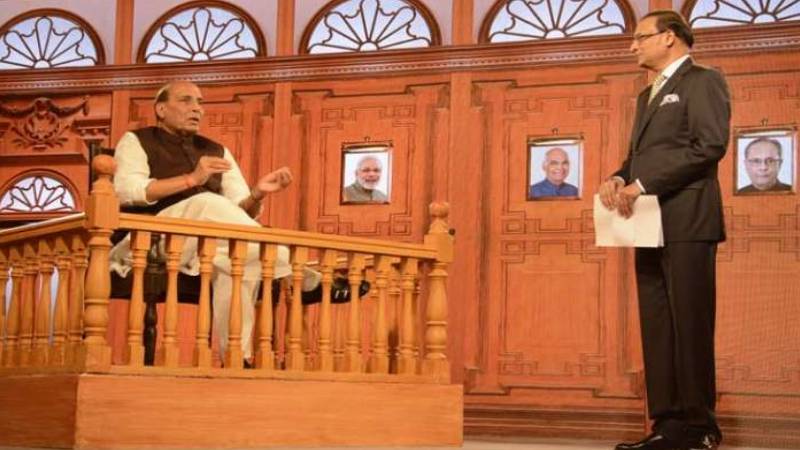 Amid the raging political crisis in Rajasthan and a catalogue of speculation, sources aware about the developments revealed that the Rajasthan's Deputy Chief Minister and state Congress President Sachin Pilot will not join the Bharatiya Janata Party (BJP).

Upset and angry over the sedition charges being levelled against him by the state special operations group (SOG), as one of his supporters said it was the proverbial straw that broke the camel's back, Pilot decided that enough was enough and made his move.

Pilot is reportedly furious that he and his supporters have been humiliated time and again by Chief Minister Ashok Gehlot, moreover many of his supporting MLAs have been followed by CID and daily reports are filed by them with the CM's office on who they have met and spoken with. The SOG summons for questioning over allegations of destabilising the government has got Pilot's goat.

The question arises, is the political turmoil in Rajasthan taking place all of a sudden? The answer is no. Rumours were on rise after Scindia's resignation from Congress that the Bharatiya Janata Party were trying to crack Sachin Pilot. The rumours were so high that famous journalist Rajat Sharma in his show Aap Ki Adalat had asked Defnece Minister Rajnath Singh about Sachin Pilot.

To Know The Answer What Video: