Ayushman Agrawal is basically from Patna and he owns a business. He has done his education from Mumbai. 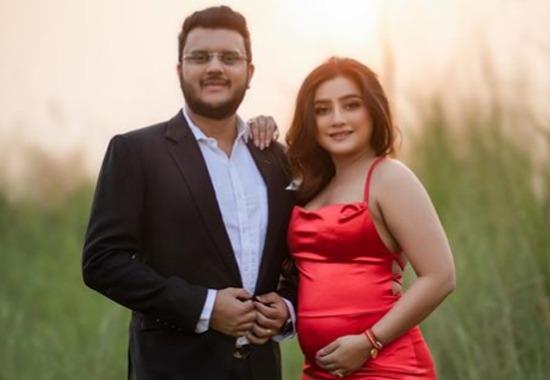 Widely known TV actress Neha Marda on Thursday announced her pregnancy on social media. 10 years after her marriage to Ayushman Agrawal, Neha Marda took to her Instagram and shared a beautiful picture with her husband Ayushman Agrawal flaunting her baby bump along. As soon as Neha Marda announced her pregnancy, many TV artists and fans congratulated the couple in the comment section. In the picture, Neha flaunted her growing baby bump while donning a red outfit. Her husband was dressed in a formal black suit and white shirt. Now, even after 10 years of marriage, fans started to wonder who is Neha Marda's husband Ayushman Agarwal.

Who is Neha Marda's husband Ayushman?

For the unversed, Neha and Ayushman married in 2012 in Kolkata. In 2012, Neha Marda became a household name after acting in serials like Balika Vadhu, Doli Armaano Ki, Kyun Rishton Mein Katti Batti and more. Neha agreed for arrange marriage at a time when her career was at a peak. Now, talking about Neha Marda's husband, Neha in an old interview with an entertainment had revealed that she met Ayushman because her parents wanted to meet.

"Ours will be an arranged marriage. Our parents wanted to meet, so his family and my family met in Mumbai at a city hotel. Ayushman is basically from Patna. He had come down to Mumbai for a business conference and that is how we met for the first time. We were sure that we are meeting each other just for the sake of it and we did not really think of getting married. But our parents were convinced about us getting married to each other and finally we met and liked each other," Neha Marda had said.

It means, Ayushman is basically from Patna and he owns a business. He has done his education from Mumbai. Furthermore, Neha had talked about Ayushman's education. "As I told you earlier, Ayushman has completed his studies from Mumbai. So he is familiar with the city and the best places to hangout here. One day he asked me where I would like to go and I told him that he can take me anywhere. We finally went to Aurus, as it is my favourite place to dine. The whole idea of candle light dinner actually worked and it was truly beautiful."

Neha Marda was seen in shows like Balika Vadhu, Doli Armaano Ki and Kyun Rishton Mein Katti Batti. She essayed the role of Gehna in Balika Vadhu. She also participated in the dance reality show Jhalak Dikhhla Jaa season 8. Neha had also appeared as a guest contestant in Fear Factor: Khatron Ke Khiladi 8. She has starred in several other TV serials such as Mamta and Kahe Naa Kahe, among others.