Who is Uorfi Javed's boyfriend? Urfi wants to date THIS Splitsvilla 14 contestant

In Splitsvilla 14, Uorfi has found 'someone special' in the latest episode of the show. 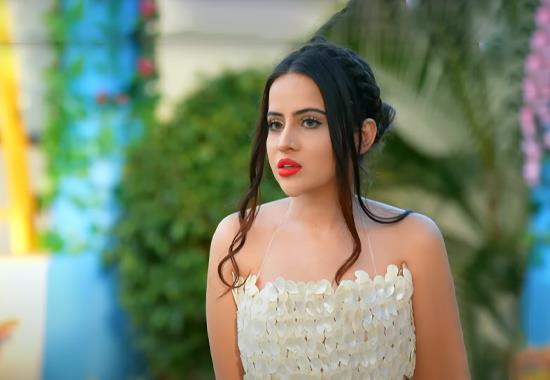 Controversial model and Bigg Boss OTT fame celebrity Uorfi Javed took the television world by storm yet again when she entered the dating reality show Splitsvilla X4. Although Splitsvilla X4 has been receiving negative reviews in the absence of Rannvijay Singh Singha, widely acclaimed Television actor Arjun Bijlani has been trying to fill in the big shoes. However, Bollywood actress Sunny Leone's charm is still carrying the show forward. Now, in order to amp up the TRP, a much-followed internet sensation that remains in the limelight for her bold and sometimes weird dressing sense, Uorfi has started to create buzz among fans. Now, Uorfi Javed's boyfriend has become the talk of the town among fans. Yes, you heard it right. Fans who follow her are curious are querying about Uorfi Javed boyfriend or Urfi Javed Boyfriend or Who is Uorfi Javed's boyfriend?

In Splitsvilla 14, Uorfi has found 'someone special' in the latest episode of the show. The lucky man is Roadies Xtreme winner Kashish Thakur. Uorfi has also confessed her feelings for Kashish on the show in one of the episodes and now fans are shipping them together. It is pertinent to mention here that whether Uorfi is serious about dating Kashish Thakur or not is unknown. Not only this but whether the 25-year-old OTT star will go official with him is also not confirmed. However, it cannot be denied that it is the first time Uorfi Javed has expressed her feelings for someone on national television. However, the format of the show is such that everyone needs a connection in order to survive and win the game.

Coming to the show, both Uorfi and Kashish have been seen sharing romantic moments and the controversial model is doing everything to woo the Roadies Xtreme winner. She expressed her feelings for him and said, "Maine toh haan kardi hai ab tumhari bari (I already said yes, now it's your turn), I will come and convince your mother too. I know I am extremely outgoing and controversial, but no one knows who the real Uorfi is."

November Week 4 OTT Release: From 'Khakee... to Wednesday' a look at some top shows on web space this week

With Uorfi Javed confessing her feeling for Kashish, all eyes have automatically turned on him. Uorfi has been taking over social media for quite sometime for her bold and offbeat fashion choices and any man would be lucky to have her in his life. Seems like Kashish is the man of the moment. Kashish is a fitness enthusiast, a dancer as well as an athlete. He has featured in the music video Yaara Vey by Amrita Talukder. After winning Roadies Xtreme in 2018, Kashish has been slowly and steadily making his way in the entertainment industry.