Who was Chandan Mahto? The true story behind Netflix's Khakee: The Bihar Chapter

Chandan Mahto's character was apparently based on the real-life gangster Pintu Mahto. For those who are unaware, Pinto Mahto was a dreaded gangster of the notorious Ashok Mahto gang. Author : Ujjwal Samrat 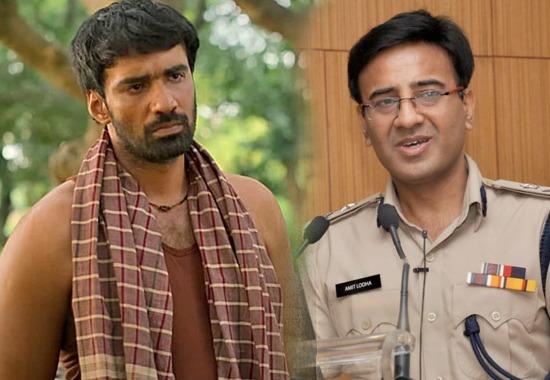 As mentioned above that Khakee: The Bihar Chapter is based on a book written by IPS Amit Lodh, the officer in his previous interview with a news portal had revealed that he changed the names of the criminal and his accomplices in the nonfiction book, published by Penguin India."Frankly speaking, he is very dangerous and he has made two attempts on my family. So I thought if not for myself, then for my family's security I must avoid the name in the book. I have taken a risk with this book. One of his accomplices is also out on bail currently," he said.

However, going by the story and sequence of the book and the web series, Chandan Mahto's character was apparently based on the real-life gangster Pintu Mahto. For those who are unaware, Pinto Mahto was a dreaded gangster of the notorious Ashok Mahto gang. He was involved in multiple killings including the brutal murder of former veteran Congress MP Rajo Singh. Pintu was wanted in as many as 30 cases of murder and abduction, including the Nawada jailbreak in 2002 when he and his accomplices had escaped after killing two policemen.

The Ashok Mahto gang consisted of gangsters such as Pintu Mahto, who was charged with nearly thirty murders and kidnappings, including the murder of three police officers and Congress politician Rajo Singh. Pintu Mahto was responsible for the Ashok Mahto gang in Warisaliganj and Sheikhpura, Nawada district. The Mahto gang also included Sharda Yadav, who was convicted of the massacre of 11 upper-caste people at the village Apshar, and of looting and abduction. Reportedly, Yadav was arrested with nine other aides in 2003. Police also got success in arresting Bacchu Mahto, the sharpshooter of Mahto gang. Mahto gang specially Pintu enjoyed considerable support from the backward communities and his public humiliation prompted questions such as, 'Can the police humiliate an upper-caste gangster in a similar manner?" After his attendance in the court, Superintendent of Police (then) Amit Lodha said Mahto had admitted his involvement in the murder of Rajo Singh.

Who is Amit Lodha?

For the unversed, Amit Lodha, a 1988 batch IPS officer, is an officer of the Indian Police Service, who has caught many notorious criminals through a brilliant strategy. Amit Lodha, who is called 'Super Cop' of Bihar, caught the dangerous criminal Vijay Samrat of district Sheikhpura after hard work, after which he was awarded the Gallantry Award. Amit Lodha is not only a great police officer but also a good writer and he proved his art with his first book 'Bihar Diary'. Furthermore, Amit Lodha had cracked the IIT exam, but he later decided to join the Administrative Services. IPS Amit Lodha has given maximum service in Bihar Police Service. He has also been the DG of BSF in Jaisalmer.