Why are netizens boycotting Cadbury products? Does it really includes Beef?

A screenshot from a website went viral on social media that says that if a product contains gelatine as an ingredient, that means it was derived from beef. 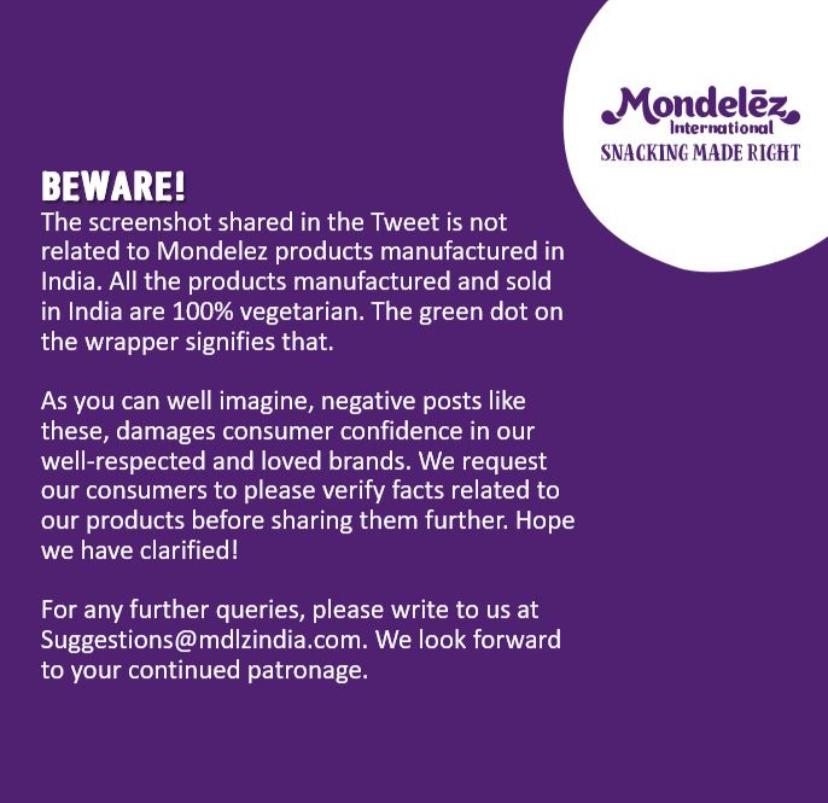 British multinational confectionery company, Cadbury, fully owned by Mondelez International (originally Kraft Foods) since 2010. It is the second largest confectionery brand in the world after Mars.

Due to this, Cadbury trended on twitter and faced a backlash after this screenshot went viral.

In Hinduism, the consumption of beef and pork is prohibited. Hence, enraged over the product, multiple people took to Twitter to express their resentment.

“Is this true @CadburyUK? If yes, Cadbury deserves to be sued for forcing Hindus to consume halaal certified beef products. Our ancestors & Gurus sacrificed their lives but didn’t accept eating beef. But post “independence” rulers have allowed our Dharma to be violated with impunity,” a netizen tweeted.

More than 3000 tweets have been made about Cadbury in the past few hours.

However, when one observes the screenshot carefully, one can see that the website is of Cadbury Australia and not Cadbury India.

In response to such tweets, Cadbury stepped forward and clarified that the screenshot was not related to products manufactured in India.

Cadbury also said negative posts can hurt its image. “As you can well imagine, negative posts like these, damages consumer confidence in our well-respected and loved brands. We request our consumers to please verify facts related to our products before sharing them further.”