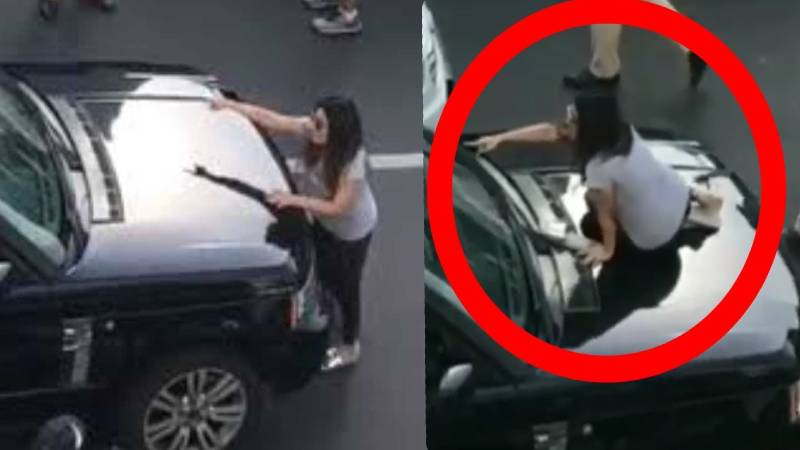 Mumbai traffic had to go through to a jam not due to the presence of many vehicles but due to a wife's wrath. As per a report, a wife chased her husband's luxury car and caught him red-handed with his girlfriend at a traffic signal in Mumbai.

The woman started screaming the middle of the road and started banging the car. She also took out her slippers and banged on the window. Later she made him get down and made him walk towards her car and continue to slap him. The public watched the entire incident on a Mumbai street. The entire drama was filmed and the video has then went viral.

The cops tried to calm the situation but the woman jumped on the bonnet of the Range Rover and continued to yell.