Will continue my fight for people’s welfare and against ‘system’: Navjot Singh Sidhu

Navjot Sidhu said he is ready to take up the Zila Parishad member post or any other but only when his agenda for Punjab’s development was given attention to. 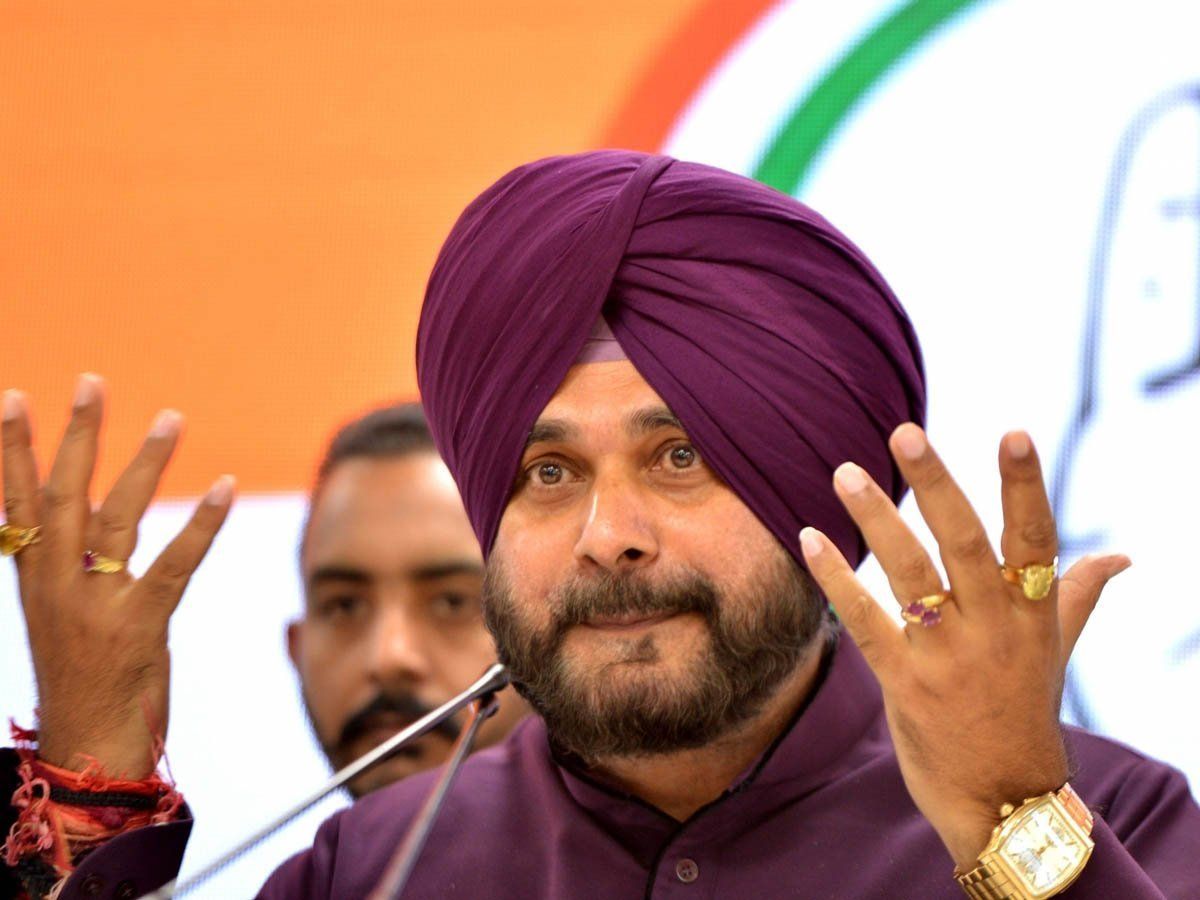 Former Congress minister Navjot Singh Sidhu has said that he is not desperate for any position in the Congress but emphasised that he is not a showpiece using which elections can be won and then “selfish vested interests can override the interests of Punjab”.

Sidhu who has constantly been harsh on Chief Minister Capt Amarinder on several issues has stated that he is ready to take up even the Zila Parishad member post or any other but only when his agenda for Punjab’s development was given attention to.

“I am not a showpiece that you will take me out campaigning, win the elections and then keep me back in the almirah. So that I can see how you do mining, how you do this, how you do that. And selfish vested interests overriding the interests of the state. This is unbearable for me,” said Sidhu.

Just two days before his meeting with the AICC panel on June 22, Sidhu spoke about his agenda concerning Punjab development in an exlusive interview with a popular English Daily.

As there’s no headway with the AICC panel’s earlier meeting and the internal party feud continues, Sidhu said he was the one who started his fight against the “system” from the very first cabinet meeting. He added that the system is being “controlled, manipulated and designed by two powerful families. They are the ones who control this system. They have belittled the legislature. The legislature is always accountable to the people.”

Speaking on rejoining the party, the former minister said that he has received many offers, however, he has rejected all of them. It is not about the post being offered but the agenda, and roadmap that will resurrect Punjab back to its lost glory, he said, adding that he will continue his fight until his plan for Punjab’s development is fulfilled and unless people get what they deserve.

Also Read:‘Govt jobs to MLAs sons’: Punjab ministers, MPs back the decision of the council of ministers

On being asked if he will take his stand within the Congress or anywhere else. He said the present state government is diverting people from real issues. Whom I stand with is not the issue but the income of the state, jobs, farmers, solutions, how to benefit people are the real issues of the state now, he added.

Several attempts were made to send him out of Punjab and make him the face of Congress in Delhi, he said, citing that he stayed in Amritsar. He further said that the system would influence him to join the party by bribing but he said that if he cannot do any welfare for the people if he cannot change their lives then no post matters.

Spreading some light on why he joined politics, he says his only priority was people’s welfare and he never took Politics as a profession. He wanted to do some real cleaning in Punjab’s polity, which he did try by giving numerous proposals curtailing liquor mafia, sand mafia, cable mafia and transport mafia were all negated by the ‘system’.

“So the fight started in the very first cabinet meeting. I gave them a proposal that sir, let’s have a new liquor policy. Let’s earn around Rs 20,000 crore minimum. Let’s aim big. The system said no. I asked why to implement the pay commission in the last six months. Implement it now. Give youngsters jobs, why eat away the treasure of Punjab and why take loans to pay loans, why selfish interests should govern. The system said no,” he said.

All these issues were raised in the three-member panel set by Congress in Delhi, he added.

Talking about the new SIT committee formed by the state government to enquire into the incidents of the desecration of Guru Granth Sahib in the state in 2015, Sidhu stated that the action was being taken now because the “chair” was in danger.

Every system that rejects the agenda of people’s progress, will be rejected by me, said Sidhu, adding that his only aim is the progress of the state. “The resurrection of the people of Punjab. So I went back home. Introspected, meditated. People thought I was sitting at home. I was working day in, day out. And out of that manthan, I got all the answers. Punjab does not need the Gujarat model, Punjab does not need the Delhi model. Punjab needs a pure Punjab model. I have that model. It is inspired by Guru Nanak’s philosophy.”

He asked if jobs are being given to MLAs, there is no honouring merit. Is the power that the state holds reaching that man who doesn’t have an earning? My entire family has rejected several post offers, he said.

Also Read: ‘Govt jobs to MLAs sons’: Punjab ministers, MPs back the decision of the council of ministers