'Will jail Majithia in minutes if spotted in Punjab': Dy CM Randhawa

“These videos and photos are fake,” said Sukhjinder Randhawa while refuting the allegations by AAP. 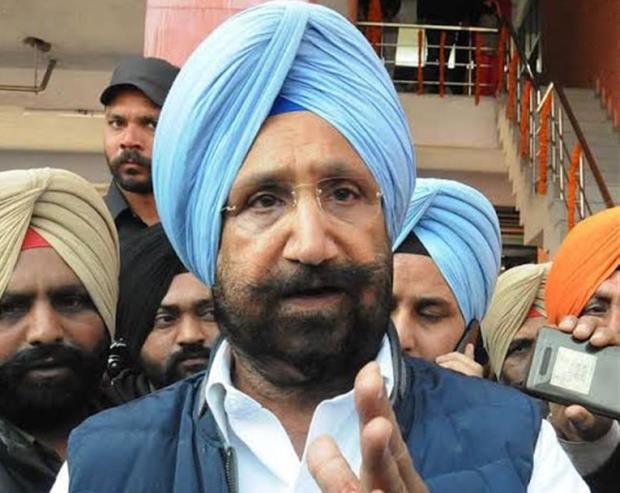 Days after Bikram Singh Majithia was reported to be in Amritsar, Punjab Deputy Chief Minister Sukhjinder Singh Randhawa clarified that absconding SAD leader is not present in the state. He also added that pictures of Majithia paying obeisance at Golden Temple on Saturday (January 1, 2022) are fake.
On the occasion of the new year, the youth Shiromani Akali Dal’s Facebook account had shared photos of Majithia paying obeisance at Golden Temple in Amritsar. The picture, in no time, went viral, causing a stir in the police department as well as the Charanjit Channi government. His presence at the shrine indicated a major failure of state intelligence and the Channi-led Congress government.
However, the deputy CM on Monday said that “Bikram Majithia is not in Punjab. These videos and photos are fake. If he is spotted anywhere in Punjab, he will land in jail within a matter of minutes.”
“Police are on the lookout for him. It is misleading to say that police are aware of his whereabouts because he has no government security,” he added.
Majithia, 46, was booked in late December under the Narcotic Drugs and Psychotropic Substances (NDPS) Act, based on a 2018 report from a Punjab drug investigation. Since then, he has gone into hiding and police are on the lookout for him.
Also Read: To lure women voters, Sidhu promises Rs 2000 for housewives under Punjab Model
Majithia is the brother-in-law of SAD chief Sukhbir Singh Badal and the brother of Harsimrat Kaur Badal, a former Union minister. Majithia had previously refuted all of the charges levelled against him. The registration of the FIR against Majithia was called "political vendetta" by the Shiromani Akali Dal.
Meanwhile, Mr Randhawa, hinting at another rift in Punjab congress stated that Punjab Pradesh Congress Committee chief Navjot Singh Sidhu is upset with him ever since he became the Home Minister of Punjab.
Randhawa, speaking at a press conference today, said, "Sidhu is having a problem. I have a long history with his family. But he has been angry with me since I became Punjab's home minister. I'll leave and offer him the Home Ministry if he wants it."
Notably, during a cabinet reshuffle in Punjab, Sidhu wanted the portfolio of home ministry to remain under CM. However, Sukhjinder Randhawa (who is also the deputy chief minister) was handed over the ministry.