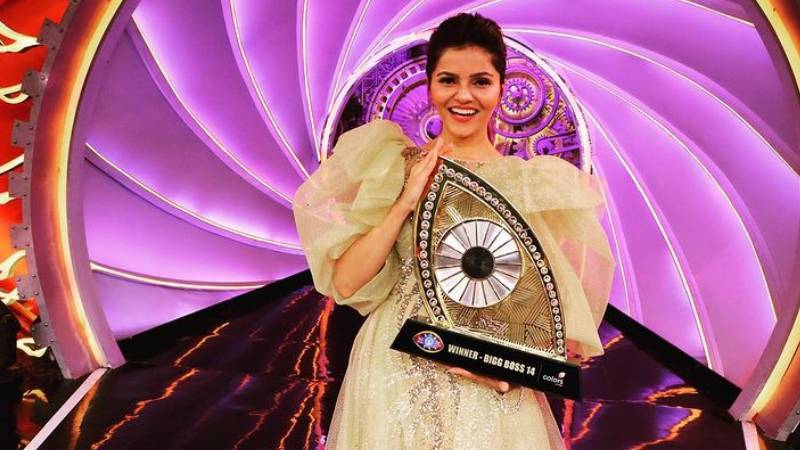 TV actress Rubina Dilaik became the winner of 'Bigg Boss 14' on Sunday. With the season 14 trophy, Rubina also won prize money of Rs 36 lakh. In the 140-day show, Rahul Vaidya, who reached the finals with Rubina, was the runner-up of the show. Talking to a leading Hindi daily, Rubina revealed her future plans and what she will be doing with the prize money she won.

Rubina, a resident of Shimla, said that this is her double victory. She said that out of the winning amount, she will use some money for the people of her village. Also, she shared many things related to the show.

With this money, I will build the paved road in my village

I want to build a paved road for my village with some part of this money. My mother has always taught me that whatever you earn should give some part of it to society and your people. I follow this thing of my mother. I wish to make a paved road and a medium of electricity for the people of my village. Over the years I have started living in my village. I am sure I will definitely do something for the people there.

Confirmed twice with Salman Khan about the victory

When Salman Khan declared my name as the winner, I could not believe it. I confided with him twice and then convinced. There was no nervousness at that time, but there was definitely a satisfaction that I had traveled 140 days. I had never followed the show 'Bigg Boss'. I did not even know how the pattern of the show is. Yes, when participating, there was definitely a desire to reach the finale of the show. Winning the trophy I gave up on my luck. They say, No when you work with a sincere mind, you definitely succeed. The same thing happened to me. People appreciated my win and I got this appreciation in the form of trophy. I will always be grateful to my fans.

My husband Abhinav Shukla has played a big role in this victory. He supported me throughout this journey. When my victory was announced, I first saw Abhinav, he was dancing. Seeing that face of him felt a different satisfaction. Our relationship has taken a new turn because of this show. This was my biggest win. This is my double victory somewhere, the trophy of the show on one side and the victory of my relationship with Abhinav on the other. This moment of life will always be special.

Get the latest update about celebrity news, check out more about All About Rubina Dilaik, TV news, Web Series & hollywood news