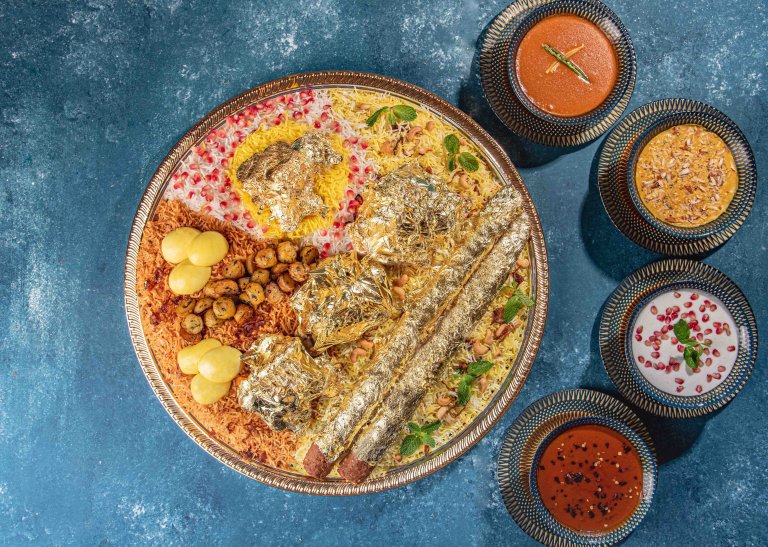 Who doesn’t love flavourful and delicious ‘Biryani’? We all do, right. While India has some awesome varieties of Biryani, but for a change today, we are going to talk about the most extravagant and expensive Biryani in the world. Yes, there’s a restaurant that serves the costliest Biryani in the world and it looks no less than a  royal treat with the Midas touch!

A huge as a mountain, one plate of this royal Biryani, will cost 1,000 Dhiram (Dubai currency), which in Indian Rupees will cost up to 20,000. Hah! It's a whopping price. It is available at Bombay Borough, a luxury dining space in Dubai International Financial Centre (DIFC) which has British-era bungalow-inspired interiors.

Why is it so expensive?

The enormous platter is complemented with three side dishes that include Nihari Salan, Jodhpuri Salan, Badami sauce topped with almond and Pomegranate Raita. It also has a wide selection of exquisite sauces and curries that that is served in a thaal (a large, flat platter for serving food), which serves for 4 to 6 people that can be prebooked or ordered on the spot.

We haven’t tried the Biryani, but from the pictures, it looks extremely royal as its name and yes, it’s worth a try to tingle your taste buds and of course, if your pocket allows it. Visiting Dubai, then this can definitely be on your food list.