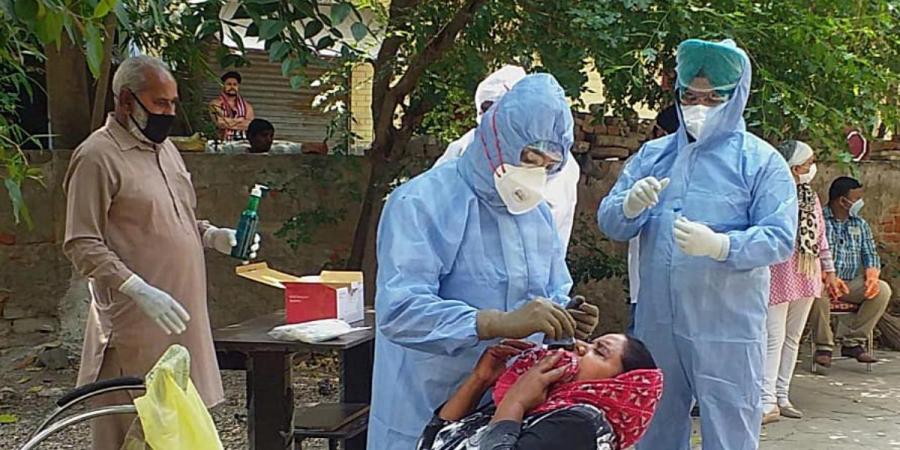 Jalandhar, June 4- In what reflects the district administration's resolve to tackle pandemic efficaciously, the Jalandhar district has recorded the lowest caseload in the last two and a half months with 75 per cent of the beds lying vacant in the Covid care facilities across the district.

Throwing light on the multi-pronged strategy adopted by the administration to contain the virus spread, Deputy Commissioner Ghanshyam Thori said that the situation is completely under control in the district. Of the total over 2000 beds arranged in the various Covid care facilities, around 1500 beds (75 per cent) are lying vacant which transpires the improving situations, he added. He mentioned that not only in terms of bed occupancy, the district has also been continuously seeing improvement in case fatality rate (CFR) as the district has skipped to 18th rank in the CFR index of 22 districts, which is one of the lowest rankings in the state. He stated that as per the latest CFR report, the Jalandhar district has recorded 2.30 per cent CFR with 1394 deaths out of as many as 60733 positive reported cases.

The DC further lauded the efforts of all healthcare and frontline workers who have worked round the clock to curtain the virus spread. He also hailed the cooperation of the people of Jalandhar, who exhibited top priority to state government’s guidelines in maintaining Covid appropriate behaviour besides following other restrictions imposed to stem the infections.

Mr Thori also stated that keeping in view the declining trend in fresh infections, the district administration has also lifted various restrictions to promote the economic activities in the district by allowing the shops to open from 5 am to 6 pm on weekdays. He solicited people’s support and cooperation to maintain and further improve the current situation so that there was no need of imposing curbs once again. He categorically mentioned that by only adopting Covid appropriate behaviour we can keep this deadly virus at bay.

Meanwhile, the DC also reviewed current Covid-19 situations in the district during a meeting with health officials.