With Baradar out and unknown Mullah Hasan Akhund in, has Pak mounted a coup in Afghanistan? 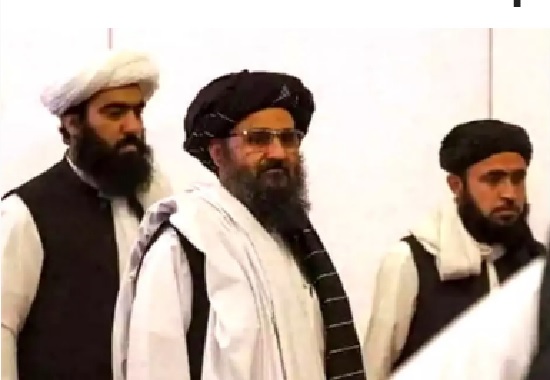 The Taliban on Tuesday announced Mullah Mohammad Hasan Akhunzada, Chief of its powerful decision-making body ‘Rehbari Shura’ as the head of the Islamic State of Afganistan while Mullah Abdul Ghani Baradar will serve as his deputy.

This is what happened after the visit of the Director General of ISI Lt Gen Faiz Hameed to Kabul on Saturday. The much-expected name of Mullah Baradar as the head of the new Taliban government was suddenly replaced by a lesser-known face Mullah Hasan Akhund overnight.

"The Taliban chief Sheikh Hibatullah Akhundzada had himself proposed Mullah Mohammad Hasan Akhund as Raees-e-Jamhoor, or Raees-ul-Wazara or the new head of state of Afghanistan. Mullah Baradar Akhund and Mullah Abdus Salam will work as his deputies," Pakistani daily The News reports quoting Taliban leaders.

According to the report, the Taliban is expected to announce the new government but this might get delayed for a few more days.

The new power sharing deal was apparently brokered by the ISI chief Faiz Hameed following the internal differences among the various factions in the group.

According to Pakistani analysts, in an ISI brokered deal, Hasan was the "right" choice as he has no power base of his own, so he is no threat to the leaders of the two major factions.

According to reports, Mullah Yakub will be the defence minister. The pro-ISI Haqqani network appears to be a big gainer. Sirajuddin Haqqani, the face of the Haqqani network is proposed as federal interior minister. He has also been authorised to nominate governors for the eastern provinces, from where the Haqqani Network used to draw its force. They are Paktia, Khost, Gardez, Nangarhar and Kunar. Mullah Ameer Khan Muttaqi has been nominated as the new foreign minister, the Taliban spokesman Zabihullah Mujahid who was earlier reported to be the new information minister, will be the spokesman for the head of the state, Mullah Hasan Akhund.

Who is Mullah Hasan Akhund?

"Mullah Akhund worked for 20 years as head of Rahbari Shura and earned himself a very good reputation. He is a religious leader rather than a military background and is known for his character and devotion," says the Taliban chief Hibatullah Akhundzada.

At present he is the head of Taliban's Rahbari Shura, better known as Quetta Shura or leadership council , based in Quetta in Pakistan. Though he heads it, all power lies with the Taliban chief. He belongs to Kandahar, the birthplace of the Taliban, and was among the many founders of the group. Studied in various madrasas in Pakistan, he was never considered as a leader in the group.

In fact, Hasan Akhund is considered one of the most ineffective and unreasonable Taliban leaders. He was never given any important posts in the last regime of Taliban other than stop gap arrangements for a brief period. He was the one who supervised the destruction of the Bamiyan Buddhas in March 2001, and is still listed as a terrorist by the United Nations.

As reported earlier, there were many differences in the group. The first was between the leaders of the Doha political team headed by Mullah Baradar and the Taliban's military chief Mullah Yakub, son of the founder of Taliban, Mullah Omar over Baradar's heading the proposed government, who thinks that he was a natural "heir" of his father's legacy.

According to a report, Yakub said that those living in luxury in Doha cannot dictate terms to those involved in jihad against the US and the then Afghan government. The comment was an obvious reference to Mullah Baradar, Sher Mohammed Stanekzai and others who handled the political office of Taliban in Doha.

Sirajuddin Haqqani, the heir of Haqqani network and the most powerful militant commander in Afghanistan, is also the member of the Taliban's Doha political office. Now, his brother Anas Haqqani and uncle Khalil-ur-Haqqani control the territories including Kabul and the northern city of Mazar-e-Sharif, in addition to key border crossings into north-western Pakistan, Uzbekistan, and Tajikistan.

It was reported on Friday that Mullah Baradar was injured during a fist fight with Anas Haqqani. Haqqanis and a few members of Taliban were dead against Baradar's appointment as the head and that was apparently one of the main reasons for the sudden visit of the ISI chief to Kabul.