Woman beaten by drunk men in middle of the road in Odisha. Shameful Act

The incident happened in front of many passersby but no one came to intervene. 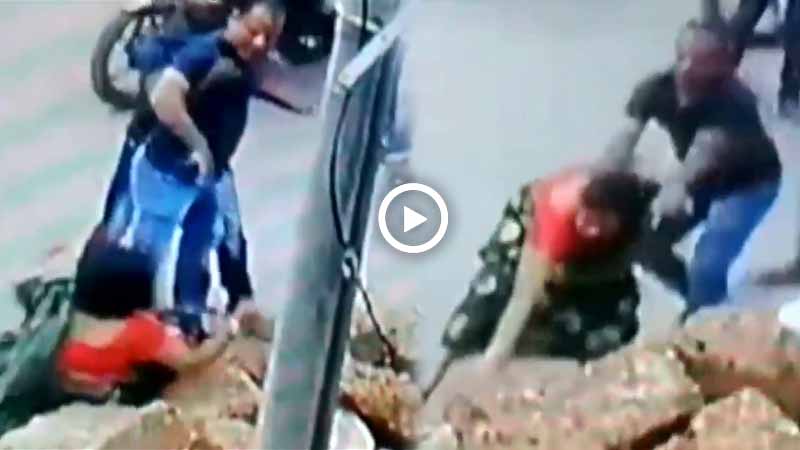 A shameful video has surfaced online in which a woman was badly beaten by a group of men in the middle of the road in broad day-light. The incident happened in front of many passersby but no one came to intervene. As per reports, the incident is from the Bindusagar area of Bhubaneswar in Odisha.

As per reports, the woman had gone to drop her son for tuition and when she was returning she was verbally abused, thrashed, kicked by the miscreants who were in drunk state. Later, the accused, who already had a history of a feud with the victim over a dispute related to land, thrashed and kicked her.

As per locals, the woman's family was attacked by members of the 'Tarang Club', with which the woman has a land dispute. As per Bhubaneswar DCP Anup Sahu, "The CCTV footage of the incident is viral in social media. A case has been registered in the Mahila thana and action will be taken against those involved. Earlier, they [victim and family] had a civil dispute with a club. We are taking the matter seriously."