BRAVO! Woman fights off Mountain Lion with bare hands to save her 5-year-old

According to the California wildlife department, the boy was playing outside the home when a mountain lion attacked him. 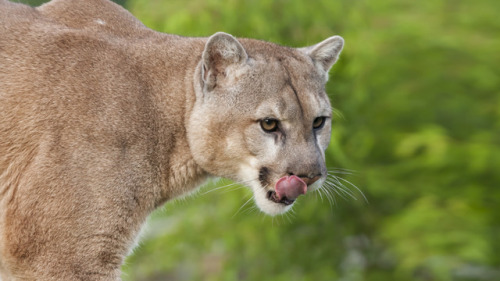 A woman has shown absolute bravery, after saving her 5-year-old son from a mountain lion in California. According to the California Department for Fish and Wildlife, the little boy was playing outside the house near Calabasas in Los Angeles County when a mountain lion attacked him and dragged him for around 45 yards.

After hearing the screams of the boy, mother ran towards the lion and punched him with bare hands until the animal released the baby.

California Department for Fish and Wildlife told local media, CSS news, “The commotion caused by the attack and the boy's screaming alerted the mom who was inside. She ran outside and immediately started striking and punching at the lion and managed to fend the lion off her son. This mom's an absolute hero who saved her son's life, there's no question about it.”

The boy was injured at his neck, head and upper torso and was rushed to the hospital immediately by his parents. For now, he is hospitalized and would remain there until he fully recovers.

Later, the animal was shot dead by the wildlife authorities due to his “behavior and proximity to the attack.” CDFW said that “The warden believed it was likely the attacking lion and to protect public safety shot and killed it on site.”

Through DNA test later, it was confirmed that it was the same lion.

Earlier, in Colorado, a family found that a mountain lion was at their place and was hiding under their home’s deck. For the safety of the residents of the area, the lion was caught and relocated.