Nearly 175 activists and women's group on Monday has sent an open letter to Prime Minister Narendra Modi expressing "horror" which they face after the alleged hate speeches made by the BJP leaders. 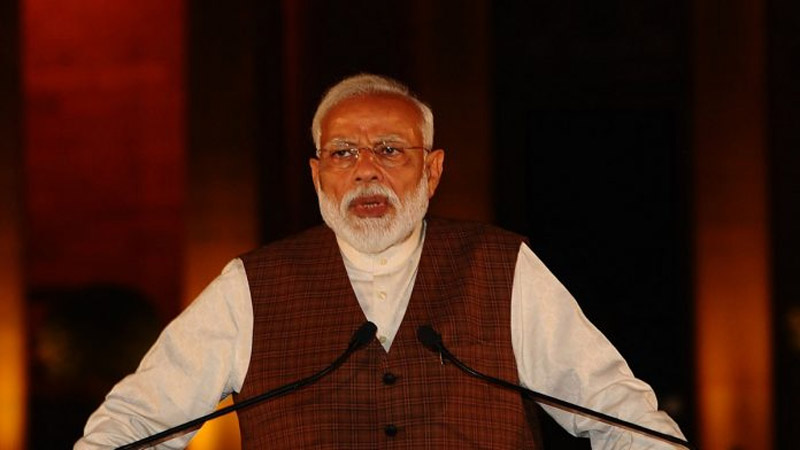 These writers have also accused BJP leaders of using "fear of rape as a campaign message" amidst the Delhi Election campaigning.

The groups, in the letter blamed that statements made by the BJP leaders inciting their followers to inflict violence on women protesting against the Citizenship (Amendment) Act, National Register of Citizens and the National Population Register had created an atmosphere of violence.

“Repeated hate speech by election campaigners of the BJP using fear of rape as a campaign message, urging their followers to inflict violence on peaceful women protesting against the CAA-NRC-NPR, is being made."

The letter intends to ask, "What is this kind of communal hate and fear-mongering that you, as a head of government, are encouraging, that seeks to make women of all communities feel more insecure and threatened? Vote for BJP or you will get raped! Is this your election message to Delhi’s women? Is this how low your party has sunk."

Referring to BJP MP Parvesh Verma’s statement where he had said, “Lakhs of people gather there (Shaheen Bagh). People of Delhi will have to think and take a decision. They’ll enter your houses, rape your sisters and daughters, kill them,” the letter asked the Prime Minister if the BJP is now “openly endangering the lives of India’s women and children?”

The letter stated, "This is what history will record and India will not forgive, Mr Prime Minister. For the nation saw the direct result of this violent atmosphere created by members of your party, which inspired  ‘Ram Bhakt’ Gopal to open fire at innocent students in Jamia on January 30th, and another terrorist weaponised by the hate being spread by your party, fired at the women of Shaheen Bagh on February 1."

Bringing into limelight the statement made by Union minister Anurag Thakur, where he instigated a crowd to "desh ke gadaron ko goli maaro s**lon ko" (shoot the traitors) and comments made by Uttar Pradesh Chief Minister Yogi Adityanath who said “Boli se nahi toh goli se maanenge” (if they don’t understand through words, we will make them understand through bullets), the letter said the “traitors” here were peacefully protesting women.

“When the esteemed Home Minister, Mr Amit Shah, asks people to push the EVM button on February 8 with such force “that protesters feel the current”, is he wishing to electrocute the women?” the groups asked the PM.

“We speak to you as women of this country, and the women of Delhi – Hindu, Muslim, Christian, Sikh, Adivasi and Dalit – who are horrified at the atmosphere of violence against women that members of your party have created merely to try and win an election,” the letter said.

The groups said they feared a government that directed its security forces to attack peacefully protesting students, elected members who openly threatened ordinary citizens and a police force that stood by and watched as people inspired by “hate-filled rhetoric” indulged in acts of violence.

“Your government may disagree with the reasons for this nationwide uprising against the NPR-NRC-CAA. But peaceful protest is our constitutional right. That is all we are doing. Lakhs of Delhi’s women are not just part of this movement, they are leading it. Empowered women are on the frontlines. We will not be silent when women are labelled terrorists and traitors, when all they are doing is fighting to protect and preserve the Constitution of our country,” the letter said.

Urging the Prime Minister to speak out against such targeted violence and hate speech, the letter sought immediate action, including under all relevant criminal provisions of the penal code, against “these violence-mongering members of the BJP”.

“You need to fight the Delhi election in a manner that upholds the dignity of our Constitution and ensures the security of India’s women,” it said.

Get the latest update about BJP Leaders Horrifies Us, check out more about Letter To PM Modi, True Scoop, True Scoop News & Activists