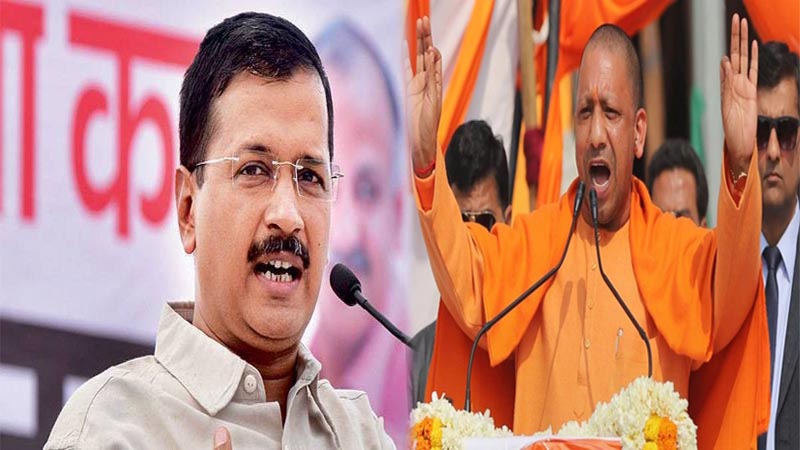 While addressing a rally in Delhi's Vikaspuri, Yogi said, "Why a Pakistani minister is making statements in support of Arvind Kejriwal? Because he knows that only Kejriwal can feed biryani to protesters in Shaheen Bagh."

Prior contesting elections, the war of words reached its heights on Sunday when Yogi called Shaheen Bagh protest as " a malicious attempt to disturb peace and normal life."

He further added, in the Delhi elections, on one side there is the leadership of Narendra Modi for development and nationalism, on the other, there is Congress and Kejriwal who support divisive forces.

"The BJP is working with zero tolerance towards terrorsim, but, Kejriwal is busy sponsoring and offering biryani in Shaheen Bagh," claimed UP CM Yogi.

Adityanath also raised a questioned on the protesters at Shaheen Bagh and alleged, "The Shaheen Bagh protest is a pretext. They had to protest against the abrogation of Article 370 and construction of a grand Ram temple in Ayodhya. We can understand their problem. The problem is ban on Triple Talaq."

The protest at Shaheen Bagh in southeast Delhi is going on since mid-December against the contentious Citizenship Amendment Act. In the protest, large number of women and children have taken part.

However, on Sunday, the Aam Aadmi Party has asked the Election Commission to ban Adityanath from campaigning in the national capital over his alleged provocative speeches and also sought his arrest.