Special cabinet meeting to be convened soon for deliberations to evolve consensus on issue, urges Sukhbir Singh to desist from making provocative statements 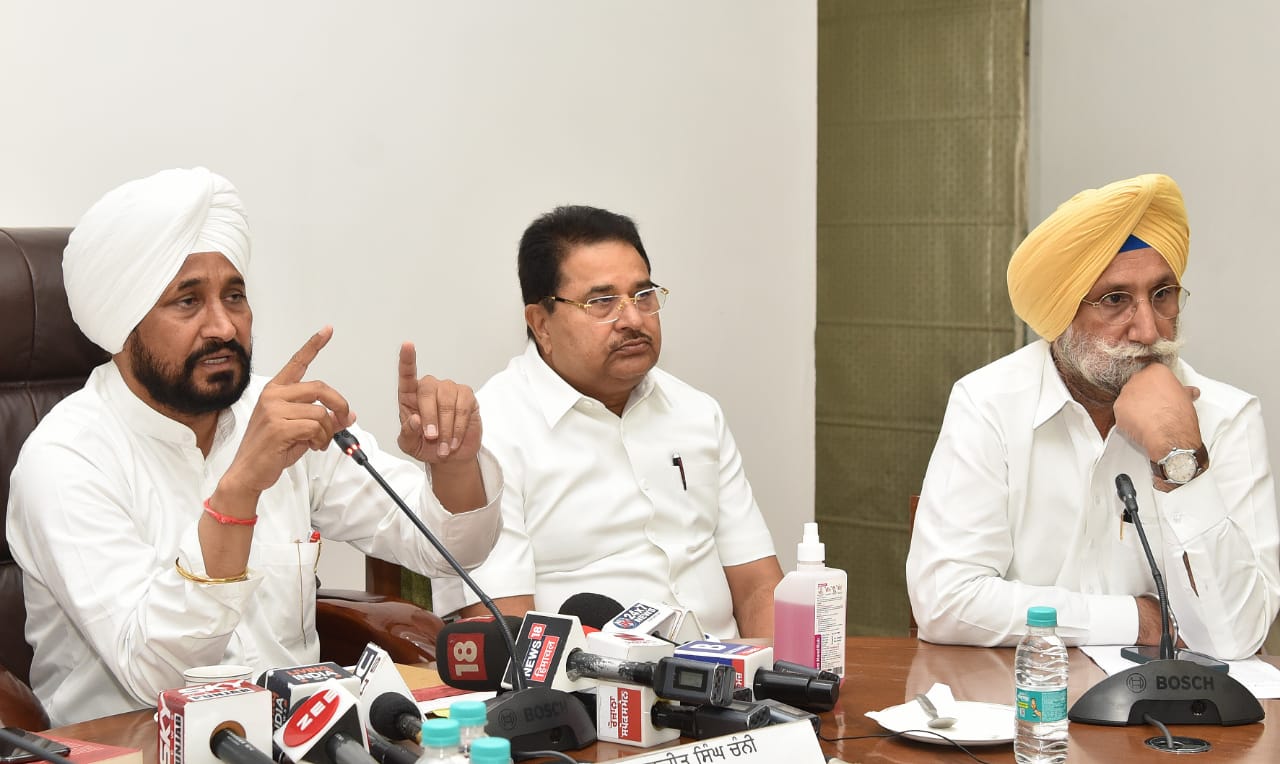 Punjab Chief Minister Charanjit Singh Channi on Monday categorically said that his government will not accept the Centre’s decision to allow enhancement of BSF’s jurisdiction from existing 15 km to 50 km, which is against the spirit of federalism.

Addressing the media persons immediately after the Cabinet meeting, the Chief Minister said since law and order situation is the subject of state and it is none of Centre’s business to thrust this decision on Punjab even without taking them in confidence. He categorically said that his government was fully competent to handle the law and order situation across the state with its own police force adding he referred to capability and capacity of state police force in immaculately containing the decade long militancy in the state thus restoring the long lasting peace, harmony and brotherhood.

Slamming the SAD President Sukhbir Singh Badal for flaring up the religious sentiments of people by blowing the sensitive issue of BSF’s deployment beyond its jurisdiction, Channi urged him to desist from making provocative statements referring to the entry of Central forces to Sri Harmandir Sahib and other religious places. He also asked the SAD President not to push Punjab in those back days of militancy by hurting religious sentiments of people in the guise of BSF issue, as Akali Dal was solely responsible for having misled the state’s youth to take up the path of militancy.

Making an oblique reference to Sukhbir for his offensive narrative on this count, Channi said anyone who rakes up such sensitive issues merely for pursing his vested interests was the biggest enemy of Punjab and as well as the Country.

Channi said now the situation demands to dispel apprehensions from the minds of public on this sensitive issue to chalk out a well thought strategy for which a special meeting of state Cabinet would be convened soon and if need be the issue would be thoroughly discussed in an all party meeting. However, in case the issue is not resolved a special session of Punjab Vidhan Sabha would be summoned.

Pointing out further, the Chief Minister said that the requisite land would be soon provided to the Centre after acquiring it from the farmers by giving them suitable compensation for the much needed Patti-Makhu rail link to boost economic activity in the region.

On the issue of PPCC President Navjot Singh Sidhu’s letter to Congress President Sonia Gandhi about action on 13 point agenda, the Chief Minister apprised that the State Government is already working to fulfill the promises made to the people and assured that every single commitment would be fulfilled in the letter and spirit. He also said that it is the duty of the State Party President to keep the party high command appraised about the matters concerning the state but this does not reflect any palpable differences between the party and the government.

On a query about the status of contractual employees, Channi said that the State Government is already in the process to finalize the policy in this regard to safeguard the interest of such employees.