World can only ‘control’ & not eradicate Covid-19, says top US disease expert

The World Health Organisation had declared Covid-19 a pandemic in early March 2020. 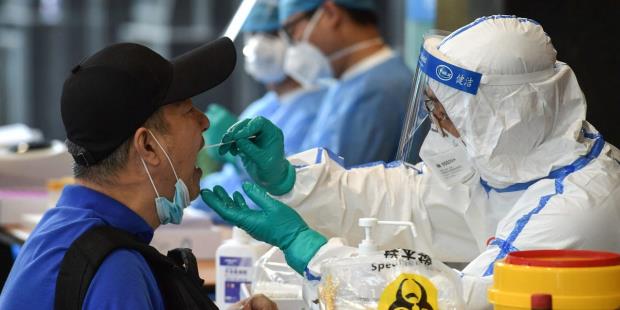 Believing that the world will never be able to eradicate Coronavirus, Dr Anthony Fauci has said he doubts if we can eliminate the Covid virus like other diseases like polio and measles.

Saying “control” will remain the keyword in the battle against the Covid-19, Fauci’s remarks come as the infection cases are again rising across Europe and large stretches of the United States.

Top US infectious disease official was speaking to the New York Times and when asked whether the SARS-CoV-2 virus will become endemic, Fauci said that he doesn't know the answer like anyone else.

The US top expert stated, “You know, guys, I don’t know. We don’t know. The one thing I’ve said multiple times is that the multiple phases of an outbreak are pandemic deceleration, control, elimination and eradication,” but also added that he was certain about his statement that Coronavirus cannot be eradicated.

He further added that steps are going on to control the virus transmission and it depends on us what level of control people are willing to accept.

Proposing that control is the only key weapon to tackling the pandemic, Fauci said that the number of infections has to be at such a level that it should not impact society in any way that it has done so far. He asserted that to reach that stage, vaccination will be essential.

Covid pandemic since its outbreak has infected millions across the globe and claimed terrible numbers of lives keeping many in fear.


“If you’re willing to accept control at 70,000 per day, that’s wrong. No way we can accept 70,000, 80,000 infections a day. You have to get it down so low that it doesn’t impact, in a negative way, society. So we don’t worry about getting sick and dying. Our economy is essentially held hostage to it. That’s the control. When we get there, I can’t predict. I hope it’s relatively soon,” he stated, insisting all this would depend on a lot of things and on majorly on how well people are being vaccinated.