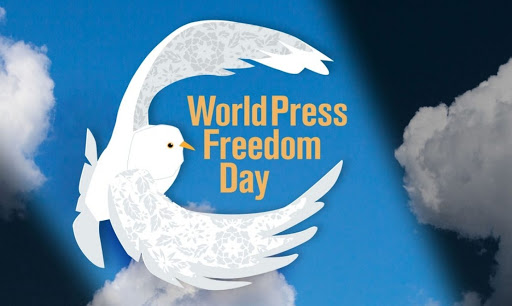 On the 3rd of May, World Press Freedom Day is observed annually. The day is dedicated to the fourth pillar of democracy-The Press and signifies the need for government and people to respect its freedom. The reporters, journalists, photojournalists, and editors have always risked their reputations and lives in order to expose the truth among citizens of the nation.

Press freedom is guaranteed by the constitution of democratic nations and the Universal Declaration of Human Rights.

Standing in solidarity with all the journalists, editors, and reporters, World Press Freedom Day is observed. The day is celebrated to ensure the safety of the press, discuss journalistic ethics. The day pays tribute to journalists who gave their lives in order to reveal the truth and disseminate information.

In World Press Freedom Index 2021, India ranks 142 out of 180 countries. India is one of the largest democracies in the world however, every day several journalists are prevented from doing their jobs, censored, and are banned. Even many get imprisoned or killed just for speaking up against evil.

The theme for World Press Freedom Day 2021 is ‘Information as a Public Good.’ According to UNESCO, the theme cherishes the information as a public good and encourages exploring different ways to distribute information and strengthen journalism all around the world.