Why is World Toilet Day observed? 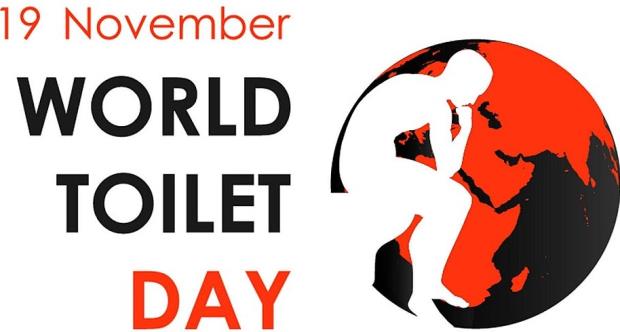 The campaign emphasizes the way that toilets and the sanitation systems that help them are underfunded, ineffectively managed or neglected in many parts of the world. The theme for 2020 was 'Sustainable sanitation and climate change'.

Do you care about toilets? According to the latest WHO/UNICEF Joint Monitoring Programme (JMP) report, Progress on sanitation and hygiene is badly off track. For the 3.6 billion people currently without safely managed sanitation, it’s clear there will be no sustainable future without toilets. Governments must work four times faster and ensure toilets for all by 2030.
WHO and UNICEF are calling on the government and their partners to urgently transform sanitation for better health, environments, economies, and societies in the State of the world's sanitation report. The report sets out ways forward under the SDG 6 Global Acceleration Framework drawing on the latest data, evidence, and case studies. The UN General Assembly declared World Toilet Day an official UN day in 2013 after Singapore had tabled the resolution. Before that, World Toilet Day was established unofficially by the Singapore-based NGO World Toilet Organization (WTO) in 2001.

As the WTO was founded by Jack Sim on 19 November 2001, he subsequently declared 19 November as World Toilet Day. The UN didn't change the date and the annual observances have been marked with a new theme every year since 2012. Since 2016, the same overall annual theme has been used for both World Toilet Day and World Water Day, based on the World Water Development Report.

Facts about world toilets and why we need them:An estimated 3.6 billion people do not have access to proper toilets. Toilets have added twenty years to the human lifespan over the past 200 years. The UN hopes to ensure availability and sustainable management of water and sanitation for all, as a part of the 2030 Sustainable Development goals. An estimated 1.1 billion people still practice open defecation. 290 billion kilos of feces are produced globally each year. Nearly 2/3 of primary schools in developing countries do not have separate bathrooms for girls and boys. Improved sanitation can reduce the number of cases of diarrhea by 37.5%. 1 in 3 school-aged children in developing countries has intestinal worms. More people in the world have access to mobile phones than toilets. The average person goes to the toilet between 4 and 10 times per day.