The main aim of observing the day is to create awareness of the Tsunami among people. 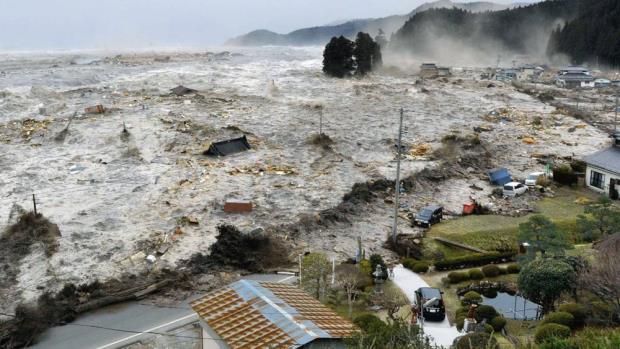 Fourteen countries were affected by the tsunami and millions of people died, while Thailand was the hardest-hit country. It is estimated that alone 2,27,000 deaths were reported from Sri Lanka, Indonesia, and India.

Therefore, in a bid to spread more information on the disaster, the UN General Assembly (UNGA) in December 2015 declared November 5 as World Tsunami Awareness Day and since then, the day has been observed annually.

The main aim of observing the day is to create awareness of the Tsunami among people and for those 700 million population currently living in low-lying islands and coastal areas.

Also Read: World Contraceptive Day 2021: When it is celebrated and why it is important?
Theme - World Tsunami Awareness Day 2021 Theme

This year, World Tsunami Awareness Day “Sendai Seven Campaign,” aims at promoting “substantially enhance international cooperation to developing countries through adequate and sustainable support to complement their national actions for implementation of the present Framework by 2030.”

The UN report predicts 50% of teh world’s population by the year 2030 living in the coastal areas will be exposed to flooding, storms and tsunamis. International cooperation is being increased in the developing nations to ensure that 100% of communities at risk of teh Tsunami are prepared for and able to fight back the disaster by 2030.

To build a resilient population, it is important to educate people about the dangers that are associated with Tsunami and plan policies and approaches to reduce the impacts of the disaster.

Japan was behind the creation of World Tsunami Awareness Day. The idea was a result of repeated, bitter experiences that the nation went through over the years and had built major expertise in areas such as tsunami early warning, public action and building back better after a disaster to reduce future consequences.

The World Tsunami Awareness Day is observed by the UN Disaster Risk Reduction (UNDRR) in collaboration with the rest of the United Nations system.

“Tsunami” is a word derived from the Japanese words “tsu” (meaning harbour) and “name” (meaning wave). A tsunami is a series of huge waves created by an underwater disturbance which is usually a result of earthquakes that happen below or near the ocean.

Volcanic eruptions, submarine landslides, and coastal rock falls can also trigger a tsunami. The waves originate from a vertical movement of the seafloor taking place subsequently after displacement of water mass.

The Tsunami waves often appear like massive walls of water and can attack the shoreline. These walls like waves can be dangerous for hours, with waves coming every 5 to 60 minutes risking an entire establishment.

Tsunamis can be formed by movements along fault zones connected with plate boundaries. Strong earthquakes befall in the subduction zones where oceanic plates slide under a continental plate or another younger ocean plate.

A landslide that takes place along the coast can also force amounts of water into the sea, disturbing the water and generating a tsunami. Landslides underwater can also lead to Tsunamis when the material gets loosened by the landslide moves violently, pushing the water in front of it.

Volcanic eruptions also represent impulsive disturbances. This displacement can cause a large volume of water and trigger extremely devastating tsunami waves in the immediate source area.

Extraterrestrial collisions (i.e. asteroids, meteors) although are extremely rare occurrences can also generate Tsunami.  Even though no meteor/asteroid-induced tsunamis have been recorded in recent history, scientists believe that these celestial bodies should hit the ocean. If this happens a large volume of water will surely be uprooted causing a tsunami.