Year Ender 2021: Here’s a list of significant events that ‘Glorified the nation’

Year 2021 was full of life changing events. It gave us some good moments and some bad experiences. 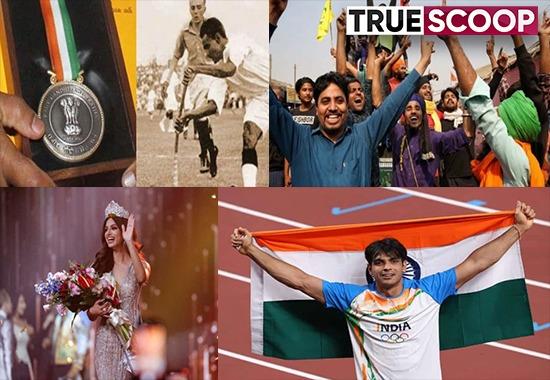 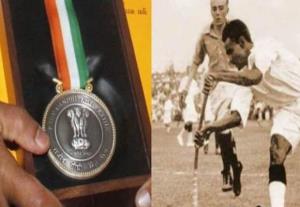 The country’s highest athletic award was renamed as ‘Major Dhyan Chand Khel Ratna Award’ by Prime Minister Narendra Modi on August 6. It was formerly known as the Rajiv Gandhi Khel Ratna Award in Sports and Games. It is the highest sporting honour of India. It is awarded annually by the Ministry of Youth Affairs and Sports.
2. India crossed the 1 billion Covid vaccination mark 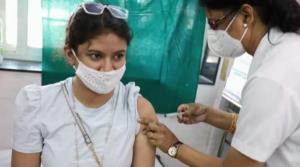 India reached the one billion COVID-19 vaccinations milestone on October 21. India's milestone came months after a huge spike in cases in April and May, when more than 400,000 infections and 4,000 deaths were reported per day and the country's health infrastructure was overwhelmed.
3. Farm laws repealed 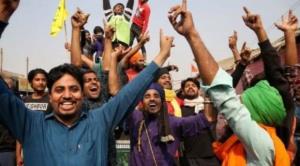 On the occasion of Gurupurab, Prime Minister Narendra Modi announced that all three farm laws will be scrapped. Farmers rejoiced after listening to this news. The Farm Laws Repeal Bill 2021 was passed by Rajya Sabha. The three Bills that stand repealed now are: Farmers' Produce Trade and Commerce (Promotion and Facilitation) Bill, 2020, Farmers' (Empowerment and Protection) Agreement on Price Assurance and Farm Services Bill, 2020 and Essential Commodities (Amendment) Bill 2020.
4. Neeraj Chopra wins gold in Tokyo Olympics 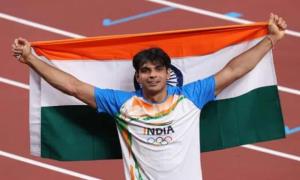 After Abhinav Bindra, Neeraj Chopra became the second Indian to win gold. The 24-year-old scripted history as he earned India's first-ever Olympic athletics medal. He was the first field and track athlete from India to win at IAAF World U20 Championships in 2016. In the Championship he set the under20 world record with an 86.48m throw. He was ranked second internationally by World Athletics in August 2021.
Also read: Weird food trends of 2021 Check out the list
5. Indian Men’s Hockey team bags bronze at Tokyo Olympics 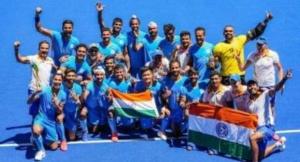 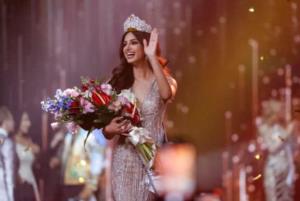 The 70th Miss Universe beauty pageant took place at Eilat, Israel has been won by India’s Harnaaz Sandhu. Chandigarh-born Harnaaz has brought the crown back home after 21 years. Before Harnaaz, only two Indian women – Lara Dutta in 2000 and Sushmita Sen in 1994, has won the beauty pageant. The actor-model who once aspired to become a judge has now become an empowering figure to millions and billions of young women who want to be independent and achieve their dreams that look unattainable.