Young girl beaten up by the boy for rejecting his proposal

The boy got angry, dragged her from hair and tore her clothes. 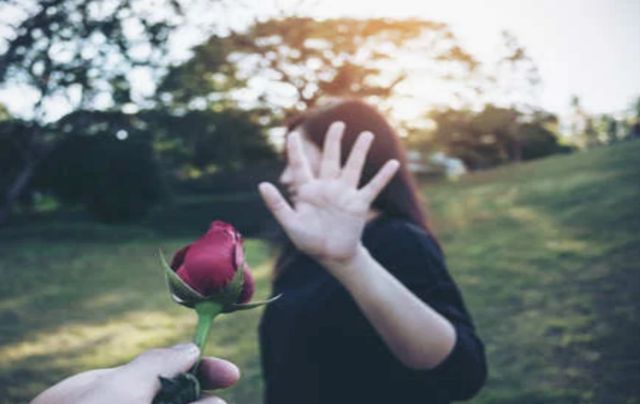 Recently, when a girl rejected the offer of love, the young man beat her fiercely. The accused Sunny reached the Phase-3 market on his bike to express his one-sided love to the girl. After waiting for a long time, when the girl saw him, in Phase-5, he stopped the way by putting a bike in front of her and told her that he loves her. But the girl straight away refused his proposal.

Sunny still tried to persuade her, but the girl had only one answer ‘Go to hell’. Sunny got furious about this and on the way he grabbed the girl by her hair and started dragging her in anger, slapping her on the face.

In this tussle, the girl started screaming, but the accused did not leave her, due to which her clothes were also torn. Hearing the screams of the girl, people passing by ran to catch the accused, and then the accused fled from there on a bike.

In this case, the Phase-1 police station has registered a case against the accused Dadumajra resident Sunny on the statements of the girl under sections 323, 341, 354 and 506 of IPC. Raids are on to nab the accused.

In the statements given to the police, the victim girl told that she is originally from a district of Punjab and lives here in a rented house in Phase-5. The place where she used to work earlier in Mohali, accused Sunny also used to work there. Even at that time, he used to harass her and put pressure on her to have friendship. She was so mentally disturbed by this that she left the job from there.

In the statements given to the police, the victim told that on Tuesday night she was going back to her rented house after finishing her duty. Accused Sunny suddenly came there and put the bike in front of him. At first the accused started talking to her here and there and when the girl told him that she was getting late to go home, the accused stopped her and expressed her love. The girl told him that she had already changed her job because of her similar antics and started doing this work again. On which the accused got enraged and while saying how long he would keep refusing, grabbed him by the hair and started slapping her. The accused even tore his clothes. On which the passersby gathered and as soon as they proceeded to nab the accused, the accused fled from the spot on his bike.

Shivdeep Singh Brar, Mohali police officer, said they are searching for the accused. Raids are on to nab the accused.