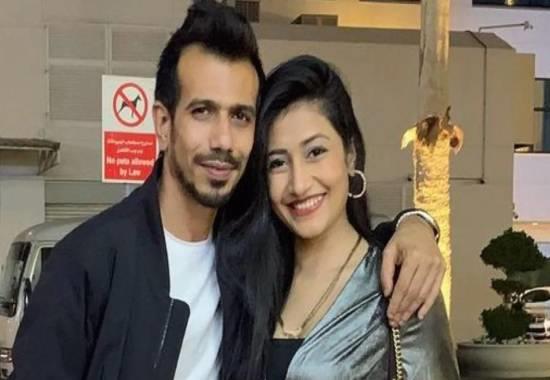 It is pertinent to mention here that fans are speculating that there might be brewing something between Dhanashree and Team India's batter Shreyas Iyer ever since the duo shared a dancing video together. Recently, Dhanashree shared a photo with Shreyas Iyer as well. However, all these are theories that the fans are speculating on social media. Notably, Yuzvendra Chahal and Dhanashree are yet to reveal anything or break their silence over the ongoing speculations by fans on social media.

Keeping the breakup speculations aside, Chahal will next be seen in action at the Asia Cup 2022, where India will open their campaign against arch-rivals Pakistan on August 28, at the Dubai International Stadium.

Read what fans have to say on Yuzvendra Chahal Dhanashree Breakup

I knew it from very first day. How such beautiful woman can marry a guy like chahal who is not physically superior. She used his name , money, fame and made her career. And they say don't call them Gold digger 🤡 pic.twitter.com/lTJaxWO2al

Anushka is hardly doing any movie after marrying Kohli and Chahal has given all the freedom to his wife to dance with any guy she likes. But if you ask any girl about her dream husband, it will be always Kohli not Chahal. Makes you think.

Bhai @yuzi_chahal don't give her divorce, drag her in court . Whole nation is with you 🙏