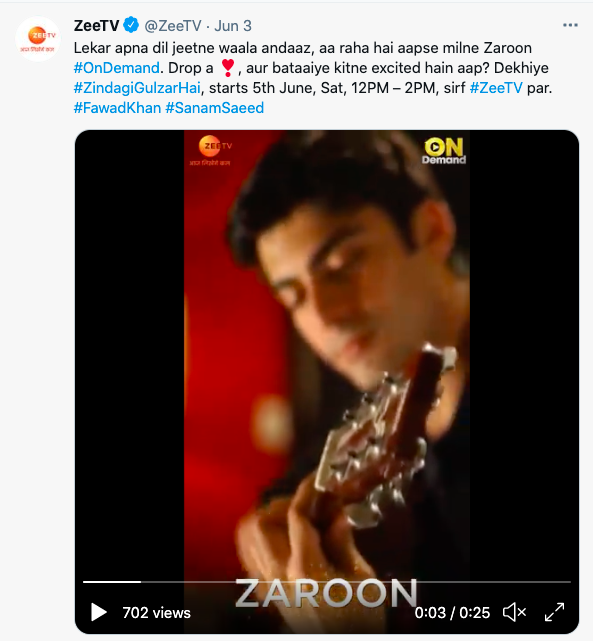 It will air from 12 p.m. to 2 p.m. According to the broadcaster, it was brought back due to public demand. Zaroon (Fawad Khan), who is handsome and happy-go-lucky, and Kashaf, who is bitter after her life's events, make an unlikely match.

Fawad Khan has stated that in real life, he is not much like Zaroon except for the fact that he is a romantic."That is not at all who I am. I understand how disappointing and difficult life can be. I have a logical outlook on life, but when it comes to my romantic side, I would happily accept a bullet for the woman I love.” 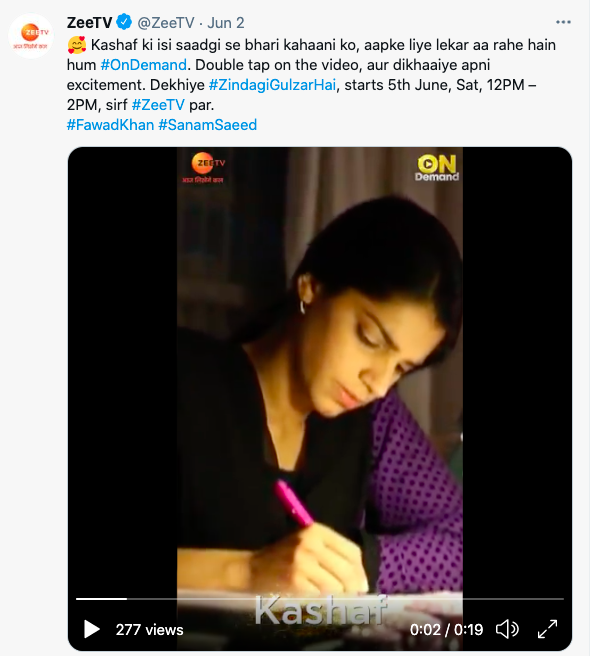 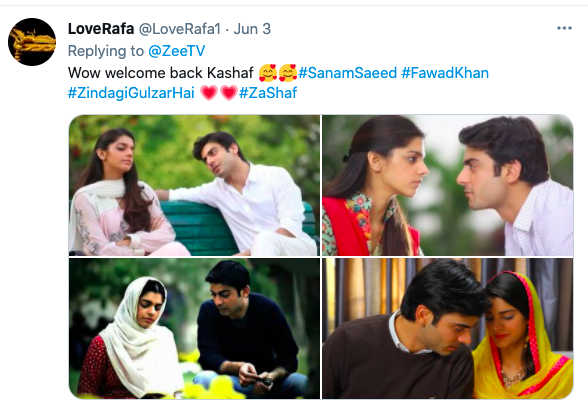 As a result, he was cast in films such as Khoobsurat, Kapoor And Sons, and Ae Dil Hai Mushkil. Unfortunately, the relationship between the two countries deteriorated, and Fawad was no longer involved in any Indian projects. This rerun serves as an excellent remedy to the lockdown blues.