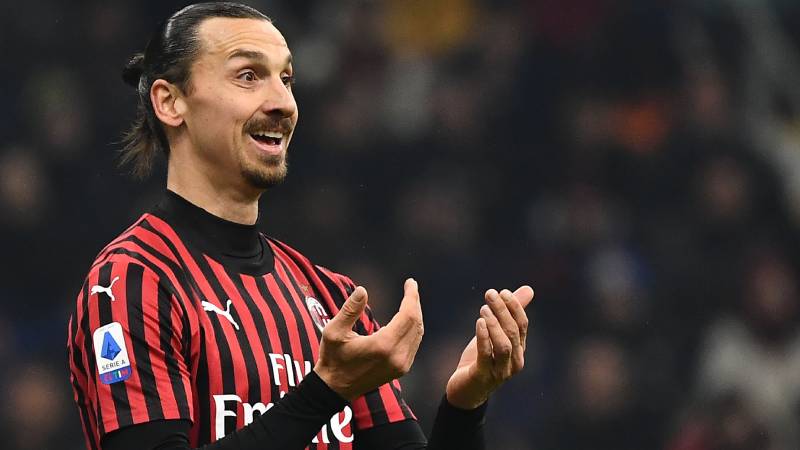 Ibrahimovic netted twice for Milan against Sampdoria on Wednesday night, helping his team to a 4-1 victory. Courtesy of this win, Milan remained at the sixth spot in the Serie A table and it will help them compete in Europa League qualification round for next season.

The two goals helped Ibrahimovic cross the 50-goal barrier in his second stint with the club. He earlier wore the iconic Rossoneri jersey in the 2011-12 season.

Ibrahimovic also scored in excess of 50 goals for Inter during his stint with the club between 2006-09. After etching his name in history books, Ibrahimovic, in his own inimitable style, praised himself.

Ibrahimovic's future has been in the air for quite some time now as he has been giving mixed signals over a possible stay at San Siro Stadium. His contract with Milan comes to an end after the conclusion of the Serie A season.

Recently, after completing 100 games, Ibrahimovic said he hoped to play many more games for Milan.

He was awarded with a memento by club legend Paolo Maldini and in the video uploaded on Milan’s Twitter handle, Ibrahimovic had said: "Thank you all for your congratulatory messages for my 100th appearance in Rossoneri colours.

"It's a great honor to play for AC Milan and I hope to play many more games," he added.

Get the latest update about Sports News, check out more about Sweeden, 50 Goals, Zlatan Ibrahimovic & Striker